A Different Kind of Perfect

When I was a little girl playing with my baby dolls, I imagined the white picket fence, four blonde babes running around the house with loose curls, and eyes so blue you could almost dive right in. I dreamt of all the times I would laugh when the youngest said “pecans” like me, and our oldest son would of course be the star of the baseball team like his daddy.

When my husband and I married, our plan for the future looked identical to the one I dreamed of as a child. Wrapped up nice and tidy with a cute bow. We would have the sweet little house, great jobs, and get pregnant the first few months of trying. And that would be our life.

Then after several years of trying to get pregnant and enduring months of infertility treatments, I sat in the floor of my bathroom with the last negative pregnancy test, and all of those dreams came crashing down. We would never have children that had my husband’s eyes or my smile. And after a little grieving what could have been, I would soon learn to be okay with that.

It’s funny how we do that to ourselves. How we plan our lives to look how we think they should. When really the Father has plans so immeasurable, that are ours for the taking, if we only trust Him.

He met me on the bathroom floor that morning. Offering me an intimacy with Him, I would never have known otherwise. He held a broken heart and lots of broken dreams, and invited me into a story much sweeter than I could ever imagine. 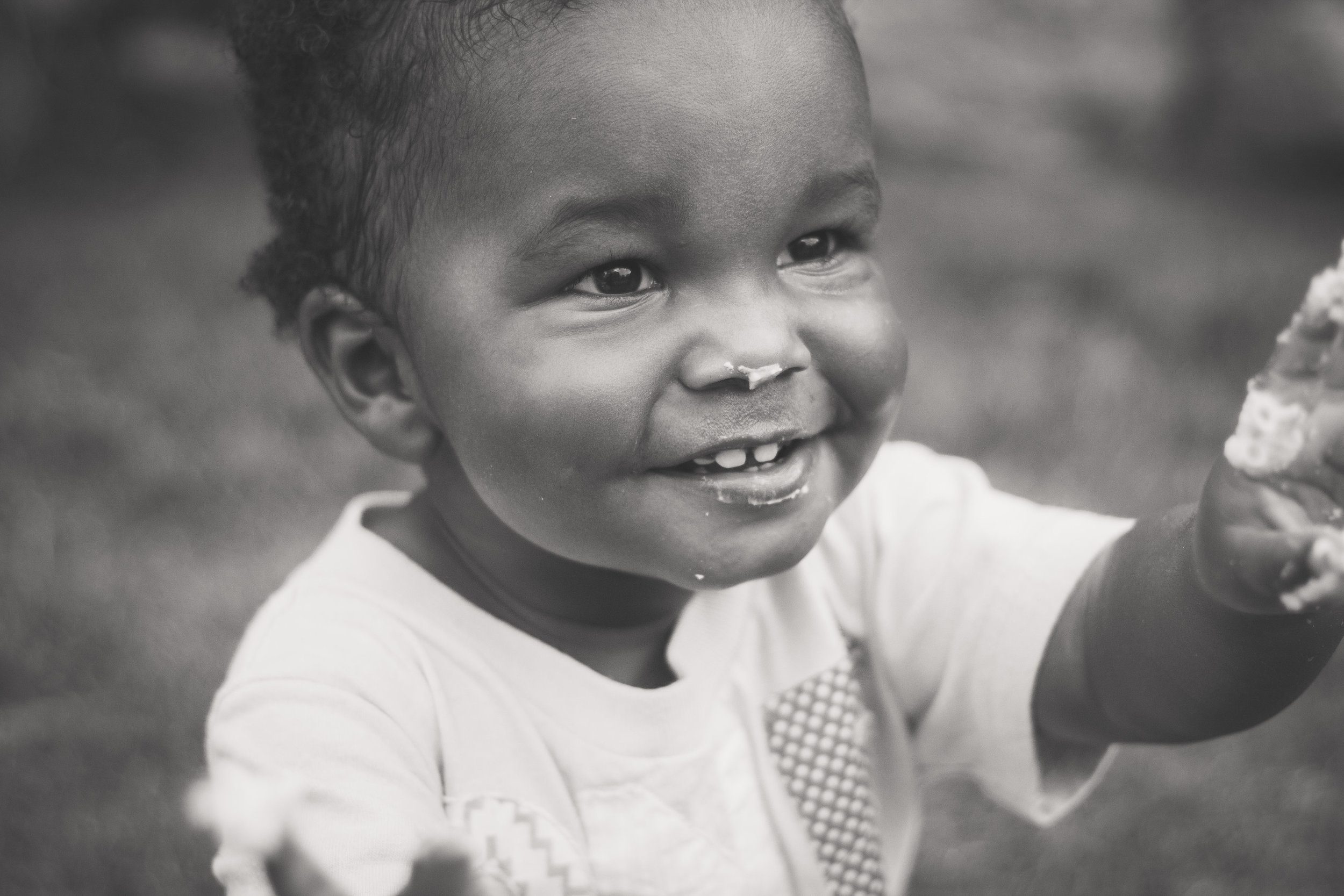 If you told me five years ago that I would be testing glucose, priming feeding tubes, sitting through hours and hours of therapy, and syringing meds I would have laughed in your face. Because I’m the girl at the doctor’s office who passes out when I get my blood drawn. I squirm at the thought of blood and stomach juices and finger pricks. I wanted to be lots of things when I grew up, but a nurse wasn’t one of them.

But that’s what God does.

He has this way of bringing me to places where I feel I am inadequate. And I keep finding Him in all of those places to be enough.

God moved my stone cold heart from only desperately wanting a baby in our family, to having a heart that breaks for the orphan. We jumped with two feet in our adoption journey. Only looking behind to see how far we’d come.

We didn’t really have any specifications. Our availability was wide open to just about any situation, but we didn’t feel we could handle children with severe special needs. Which is funny to me now because, children who come home to us through adoption, all come with their own set of special needs. They each have their own story of loss or different color skin than ours that will require tender conversations. But we felt ready for that. We just couldn’t do medical needs.

Our sweet birth mama picked us after only waiting two months, and after meeting her we knew we would be family forever. After years and years of longing to be a mama, she placed in my hands the sweetest gift, our daughter, Selah. And she was perfect in every way.

We’re so lucky to be have a relationship with Selah’s birth mom. She has always been so open to me asking questions in regards to medical history. I knew she was allergic to shellfish, so I wasn’t surprised when Selah developed food allergies too. Little things that like are good to know. You don’t know how good they are, until you’re sitting at the pediatrician’s office filling out all of that paperwork for the first time. It feels awful as a mama, to write “not applicable” in all those spaces, not because it doesn’t matter, but because you just don’t know.

When Selah was nine months old, her birth mom called us and told us she was pregnant. She asked us if we would be willing to take the baby, and without any hesitation, my husband and I both agreed. We were absolutely humbled and beyond grateful that she chose life once again. She’s a special kind of strong. The day after I found out our family would be growing again, I felt the Lord speak the word, “brave,” over this baby’s life. I thought that was a sweet word from Him, but never imagined just how brave he would have to be.

Our sweet Micah was born a few months later. And he was just as perfect. He was a tiny thing, although he was believed to be full term. I noticed even in the hospital, he had a hard time sucking a bottle. But I was told that was normal for small babies. We went home as a family of four. And we fell in love all over again.

Within days of coming home, I knew something was wrong. He cried all of the time. Not like a normal newborn, it was like the kind of cry that pierces a mama’s heart, like I couldn’t explain it, but I just knew something was really wrong. We did everything. I heated up beans in an oven mit to lay on him. He liked the warmth and pressure on top of him. After several trips to the pediatrician, we would complete a “rocking protocol,” that was supposed to center his nervous system. We tried every reflux medicine under the sun. We switched formula and sleeping positions and swaddles. We literally tried it all.

The only way he would stop crying was when I wore him in my wrap. So that’s where he stayed. All of the time. He really never learned to eat. I remember him being two weeks old and I was constantly counting wet diapers and begging God to help me get food in him. The only way at times for him to eat, was for me to syringe or medicine cup feed him.

After many hospital stays for dehydration and feeding intolerances, they finally diagnosed him as failure to thrive, among a laundry list of other things. When he was four months old the doctors pulled out the NG tube (down his nose) that had been keeping him alive and he had surgery to place a more permanent feeding tube in his belly.

After his G-tube surgery, he started gaining a little bit of weight, but was then vomiting so violently he was aspirating. I can’t tell you how many times I found him blue. After a few months of living in paralyzing fear, he had another surgery to have a GJ-tube placed. This would bypass his stomach and feed straight into his small intestine.

This fixed the vomiting problem, but he was now attached to his feeding pump almost all day because he was on continuous feeds. I didn’t know how he would ever learn to crawl or walk with a pump backpack and tubes coming out everywhere. Just when we started learning to live with his GJ-tube, his sugar started dropping extremely low. We had several hospital stays simply because we couldn’t get his sugar to regulate. 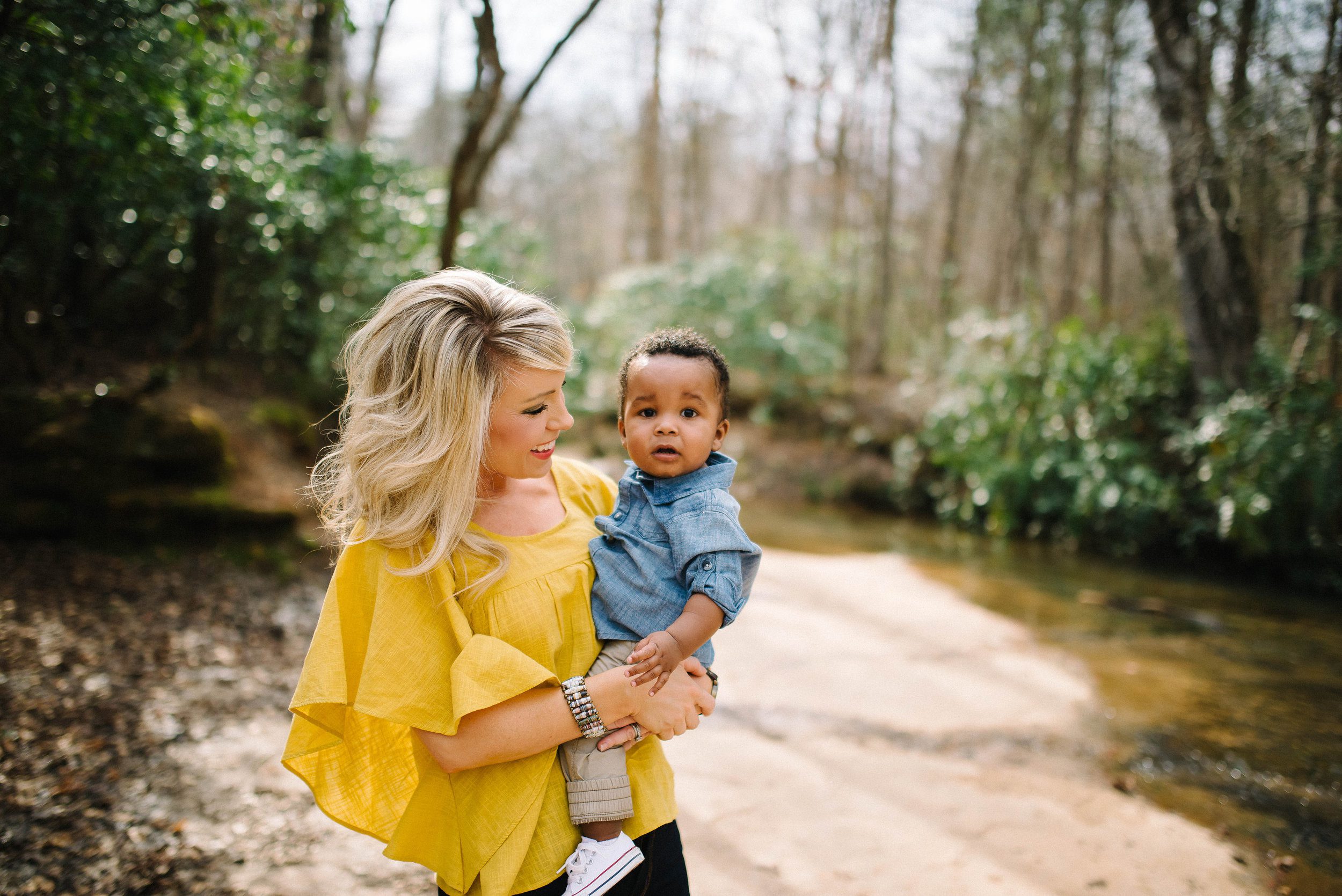 The Winter season finally ended and Spring finally came. The birds were chirping and the weather was turning warmer. Our hearts were full of promise that he was turning a corner. And right when we felt we were making progress and adjusting to our kind of normal, we were told Micah had cerebral palsy.

It was so hard. I can’t tell you how hard it all was. I remember the week we found out, I went for several days without hardly talking at all. It was unbelievably hard. It’s still hard. We have to be extremely careful about where we go and who we are with, because a little virus that is nothing to us, puts Micah in the hospital for several days. We have six hours of therapy each week and we see nine different specialist. I had to quit my job as a school teacher to stay at home, because when you have a child with special needs, you just can’t work too. 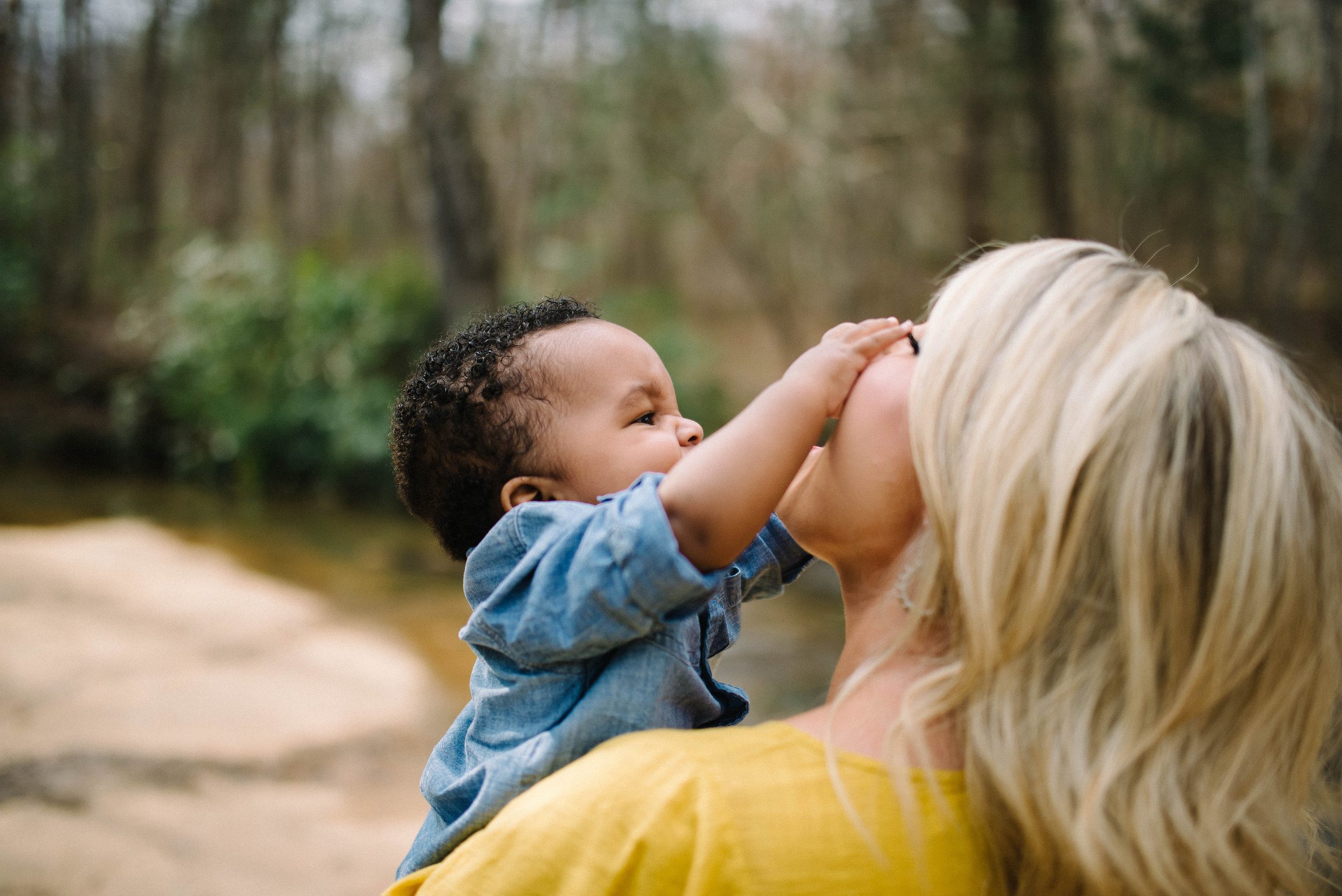 I always said I could never have a child with special needs, because I’m just not strong enough. And I was absolutely right. But it’s in those days, when I have come to the end of me, that I see him laugh, or learn something new, and I know to the very core of my being that God picked me to be his mama. It has been in all of this hard, that I have found the Father to be most beautiful. The story the He is writing in Micah’s life is one I get to watch in front row seats. And I am unbelievably honored.

Micah is defying the odds. The doctors weren’t sure he would ever crawl or walk. And he’s running across the room as I type this, little backpack and all. Now when they tell us something new, I really don’t even listen, because I know he will show us otherwise. He’s a little fighter, this kid. And I’ve become an expert at anything GJ-tube related. I can check his sugar better than some nurses, and I can hear his pump alarm in the loudest room. I am his biggest advocate and know him better than anyone on this planet.

The thing is, if I were to have gotten pregnant, how would I know that God wouldn’t still have picked me to be a mom to a son like him? What if I carried a baby that would have cerebral palsy and tons of feeding problems? Who am I to take the pen away from the One who is writing the story?

{My sweet friend Casey, asked me to share over on her blog today. Keep reading here…}