We waited three and a half hours to see the Neuro Surgeon that day. 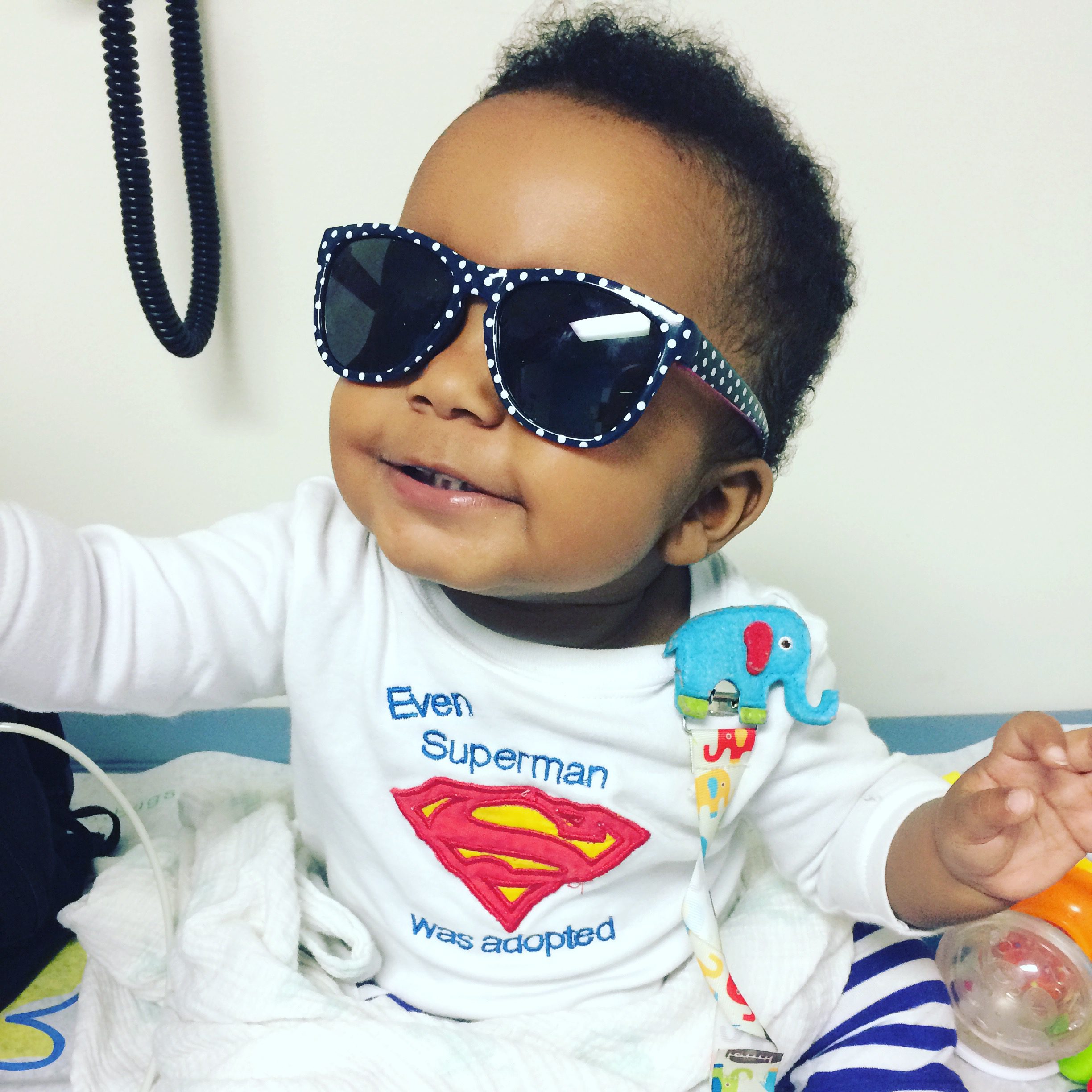 We sat in those hard chairs with a fussy ten month old and took turns walking him around the waiting room. We watched our favorite Peds Surgery nurse take back patients one by one, all the while, waiting on the Neuro nurse to call Micah’s name. We kept looking at our watches, because we had a benefit to attend that night and perfectly scheduled grandparents to keep Selah for that appointment and then the benefit. The minutes turned into hours and we knew we weren’t making it.

Finally. They called our name.

Micah had been having trouble stabilizing his blood sugar so our pediatrician wanted to take a peek at his pituitary gland on a MRI, just to rule it out. We totally weren’t concerned at all about this MRI. But he called me a few days later and asked me if I was sitting down and if Brandon was home. I remember telling him Brandon was upstairs getting ready to go into work (he works night shift), and I told him I couldn’t sit down I was cooking supper. (Mom’s don’t sit down at 5 pm.)

He is the sweetest. We love him so, but I told him to just get to the point. He mentioned that Micah’s MRI came back abnormal. I didn’t hear much after that except, hydrocephalus, white matter, and blank space. I had to ask him three times what he was saying to me because he mention a brain surgeon. He literally spelled it for me so I could write it on a sticky note to explain to Brandon. He got us in very quickly to see the Peds Neuro Surgeon.

I had studied and researched and had a list of questions a mile long ready to give the brain surgeon who would be performing surgery on my baby. I researched all the possible shunts. I understood, for the most part, how the surgery would work, the risks, and then life after. It was heavy, but we would get through it. We needed a surgery date, because I needed to time to prepare my aching mama heart.

We sat our sweet boy on that crinkly paper. He tore it to shreds like he always did at doctor’s appointments. I looked at Brandon as tears formed in the corners of my eyes and he grabbed my hand, squeezing it tightly, saying without words, “we’re going to get through this.” Then we heard the door knob turn.

The doctor said, “Well I have good news and bad news. Which do you want first?” How do you answer that as a parent? We had already been through so much with Micah. We had been admitted to the hospital so many times just in his ten months of life, I had lost count. The doctor told us Micah wouldn’t need brain surgery. And we took a deep breath, feeling so relieved. Yet, still puzzled as to what was wrong with our sweet boy. I don’t remember much about the rest of the appointment except the look on Brandon’s face.

“So are you saying he has Cerebral Palsy? I don’t think I understand what you’re saying.”

We walked into the appointment thinking that the doctor was going to fix Micah’s problem. He would have surgery, it would be scary and dangerous, but that would be the end of it. We walked out of that appointment wondering if our baby would ever eat, crawl, or walk. Life skipped years suddenly and I saw us screaming for him at his baseball game, or playing golf with his daddy, or carrying his lunch tray at school. And I wondered if he would be able to do those things. Would he be in a wheelchair, or have to use a walker? Would he ever know what it felt like to run in the grass barefoot? Or climb the stairs by himself? Or play on a playground with his sister? Those simple milestones, the ones that I took for granted as Selah grew, now became everything.

Both of our moms were at our house when we got home. They both teared up when we told them, but immediately knew they had to be strong for us. Because that’s what mamas do. I remember sitting on our love seat and telling them both with tears rolling down my face, “He will not be defined by this diagnosis. He will do whatever he wants to do. No one will hold him back. We won’t hold him back. Promise me right now, you won’t treat him differently. You won’t baby him, or caudle him. He can do whatever he wants to do! We’re just going to teach him how to get back up.” 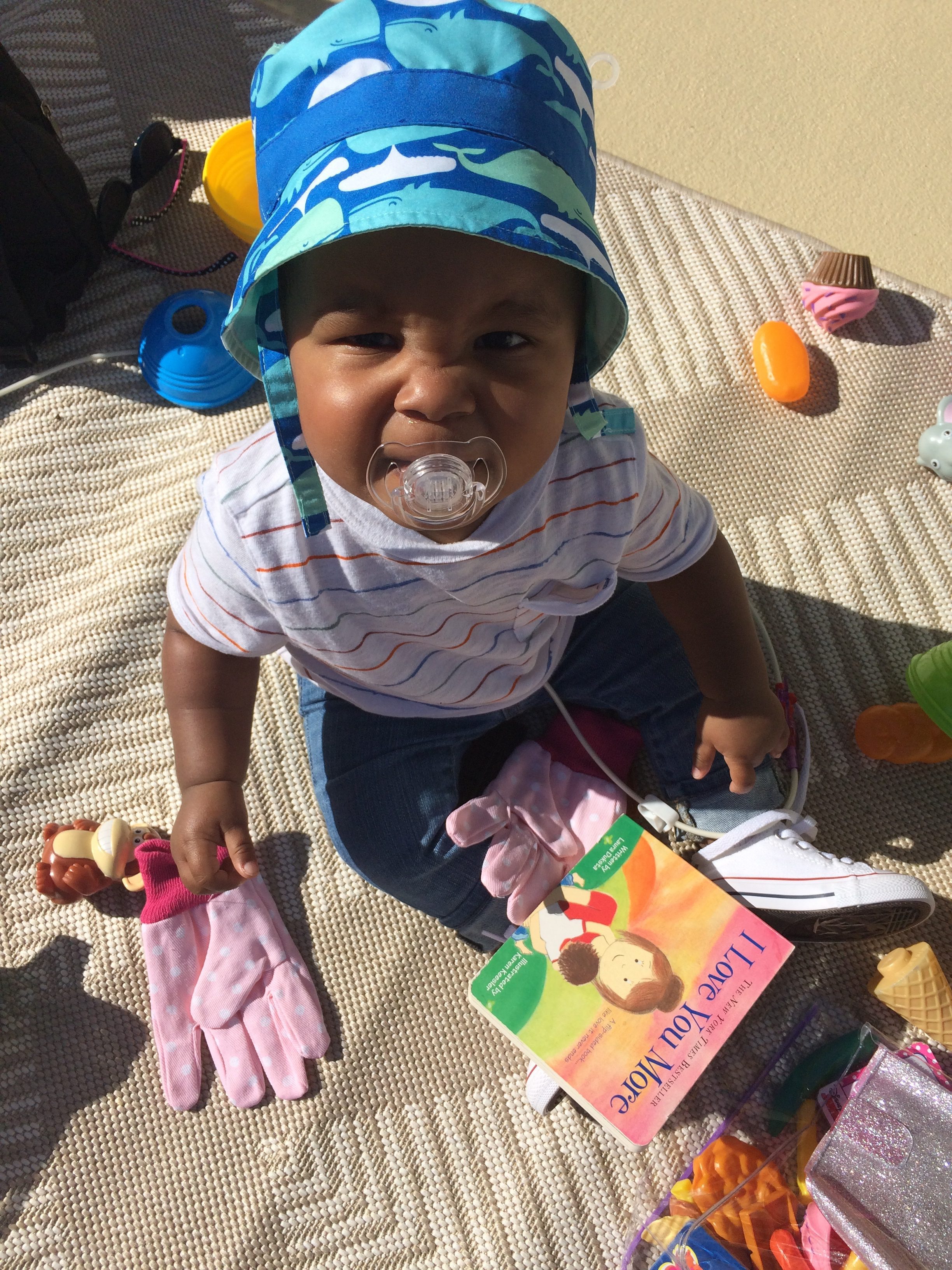 The following week I planted my garden, three flower beds, cleaned out the garage, and painted the patio. It felt good working with my hands. Something holy happened in the dirt that week. Selah ran around the yard in her Minnie Mouse pjs and I’d glance at sweet Micah playing with the toys in front of him. The grief from the blow of the diagnosis would hit me at the strangest times. I cried a lot those first weeks. Brandon and I both did. 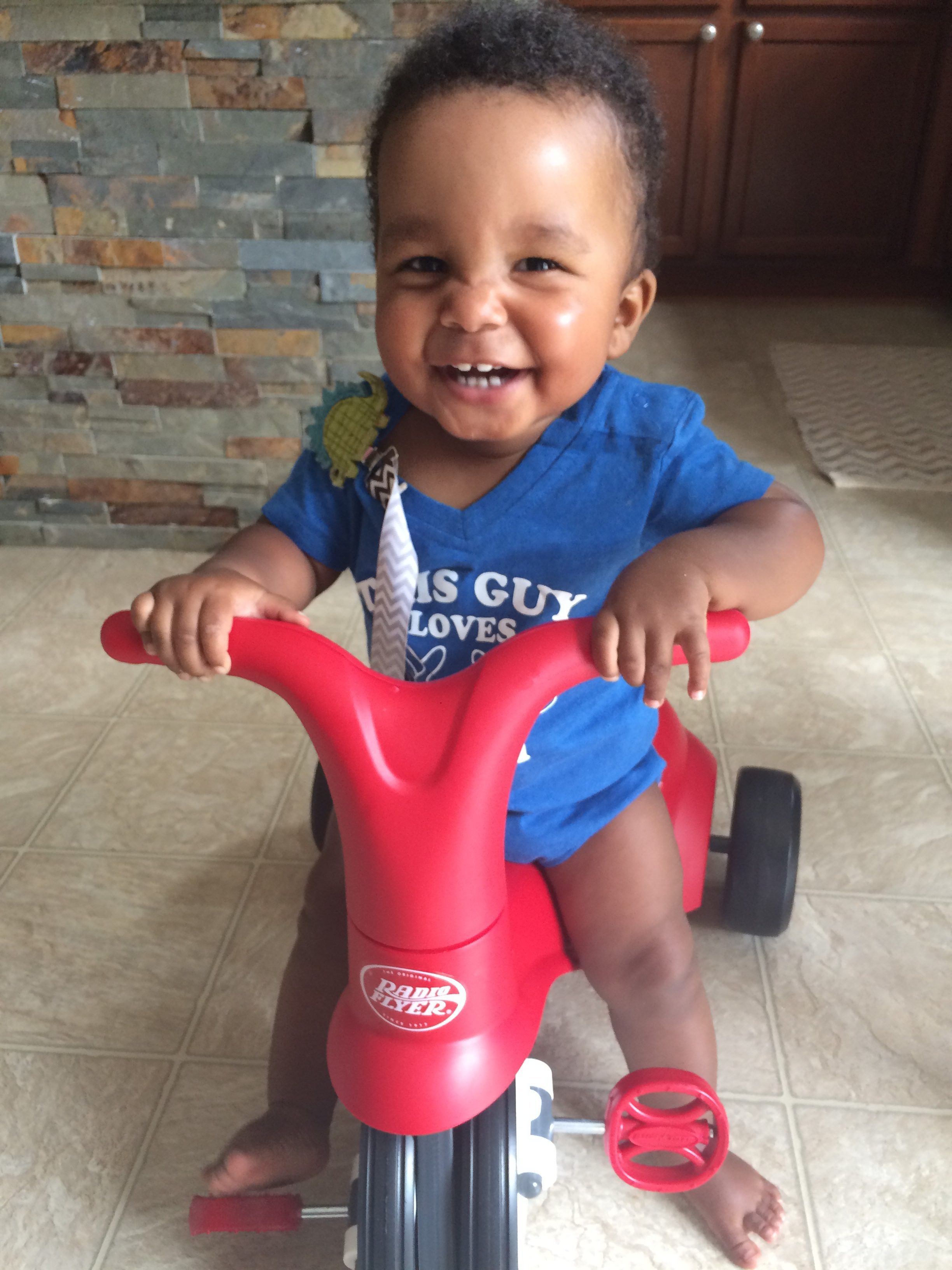 But life also got so much sweeter. 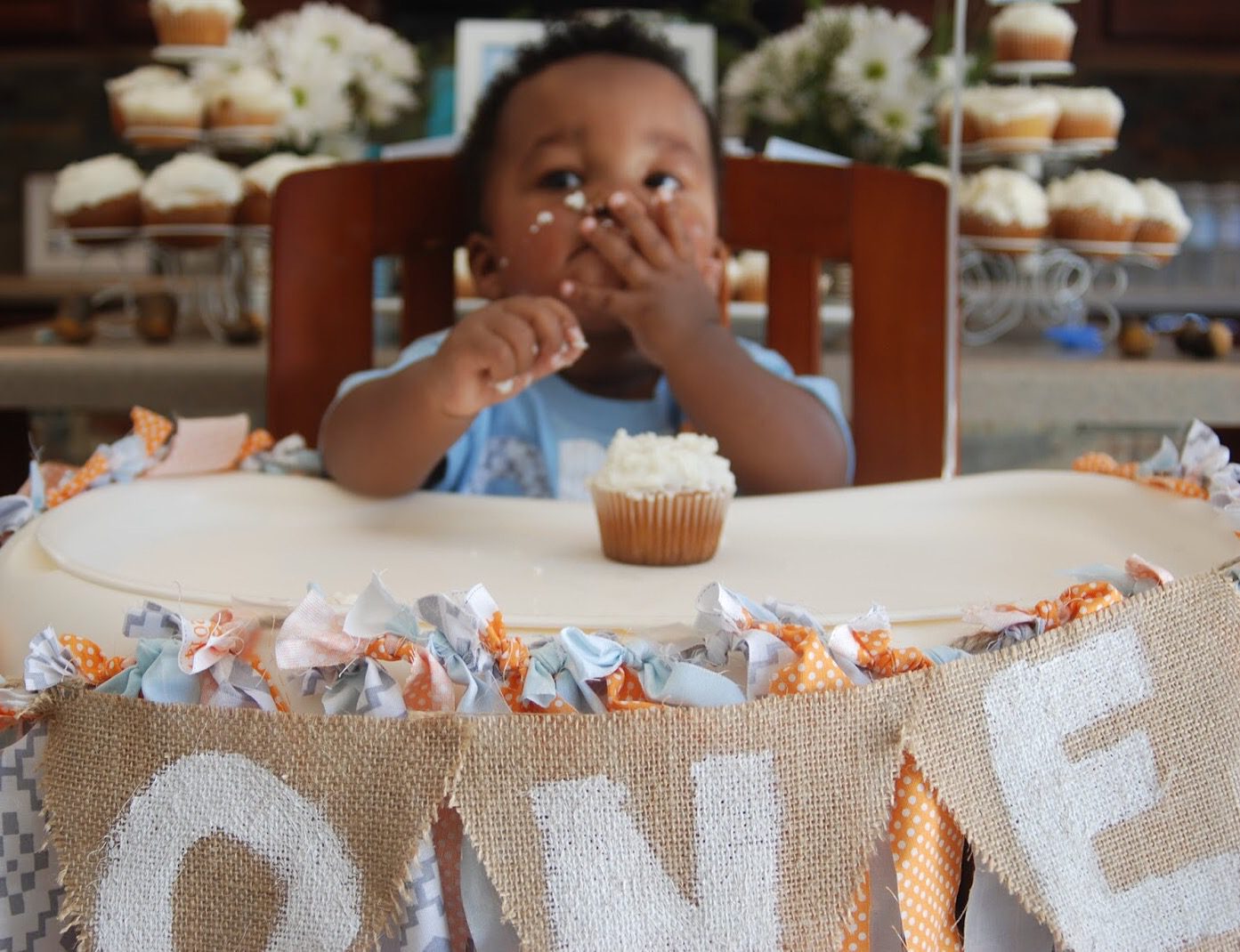 We decided that what God saw in Micah was so much more than all those labels the doctor’s had given him in his chart. We were coming to know more intimately the God of miracles and what He spoke over Micah was more important to us than anything else. We trusted the Father with Micah’s future and we just kept leaning into Him in the day to day hard of it all. 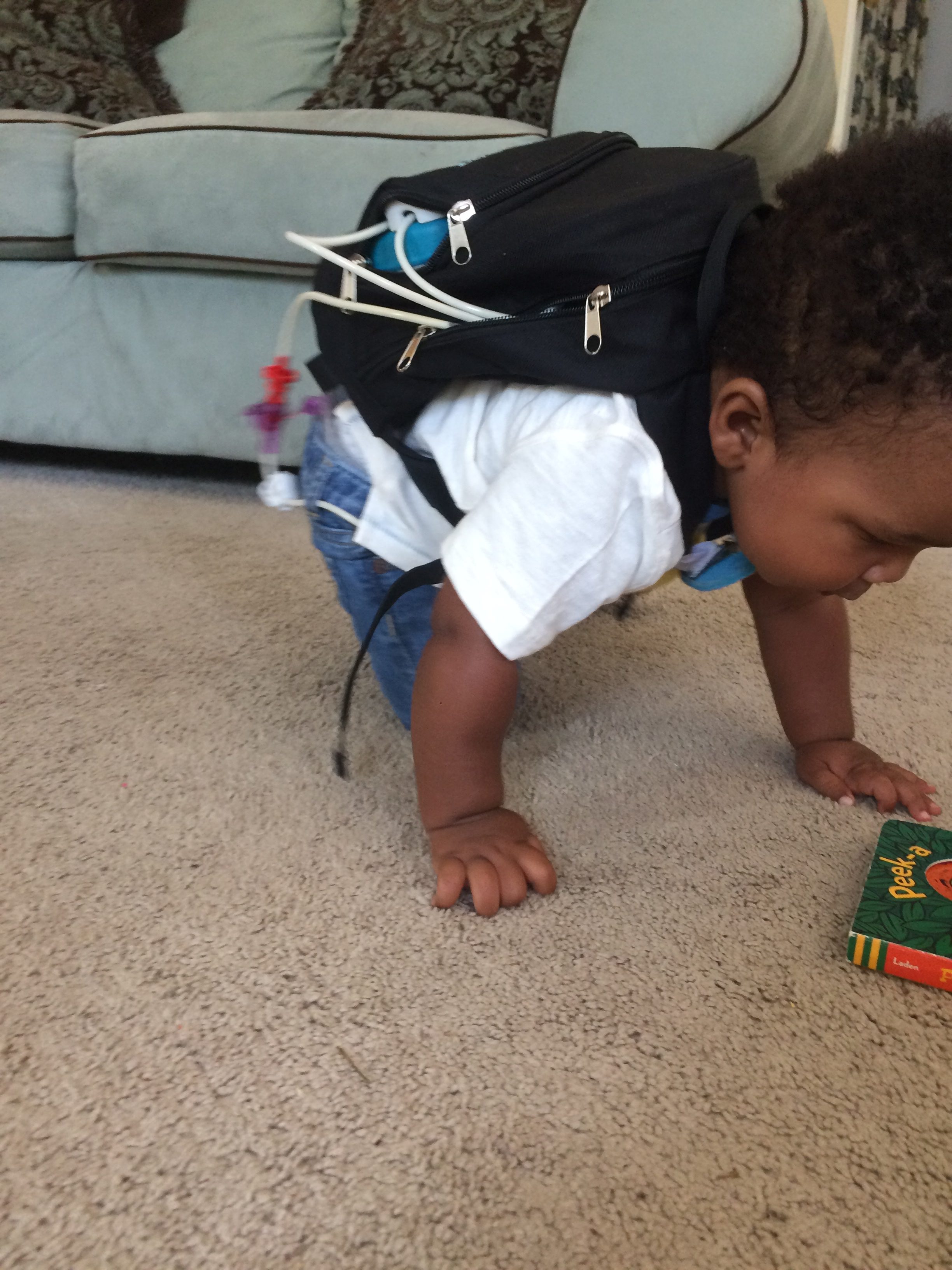 Micah started crawling only a month later. He walked a few months after that, little backpack and all. It didn’t come easy by any means. He worked so hard in therapy for those victories. Hours and hours of therapy. But he did it. He was walking. 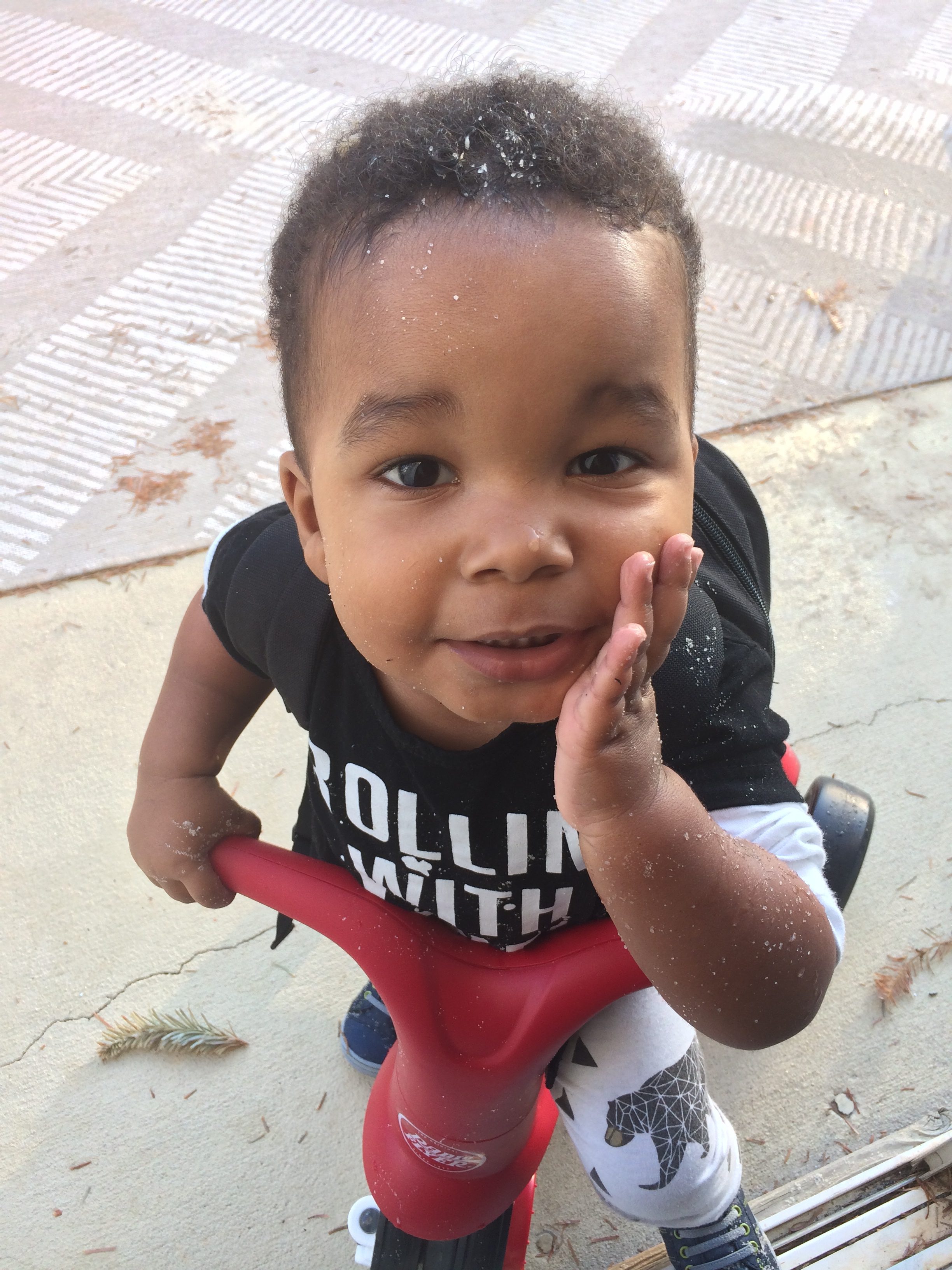 He surprised us all. 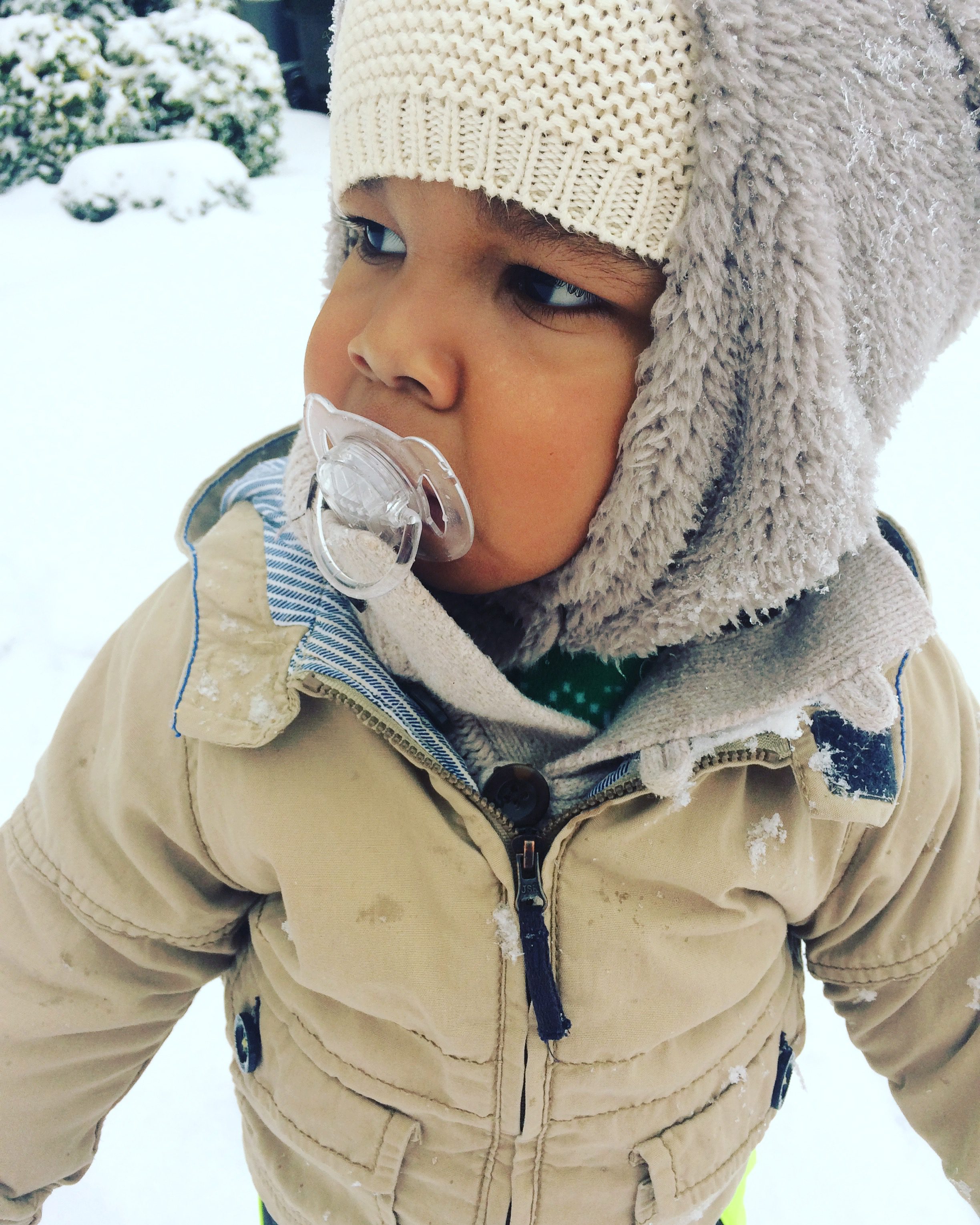 We still have eight specialists we see. But we only have four hours of therapy a week now. His blood sugars are still very unstable, so they are running tests and going back and forth about what they think it is. He is still mostly J tube fed. We are working to wean him off his J tube, solely to his G tube, but we’ve run into some bumps along the way. The goal is to get him on his G tube so that we can start to try bolus feeds (short feeds with a large volume like you and I eat). He’s making so much progress in therapy eating, he is just lacking hunger because he is continuously fed. Once we can get him to bolus G feeds, then were hoping he will eat more volume and we can start tube weaning. We are a LONG way from that right now. People ask me all the time if he’ll have to stay on his tube forever. I always tell them no. Because I know God will continue to prove He is the God of miracles in Micah’s life. Plus, it’s the Year of Spring, anything can happen! 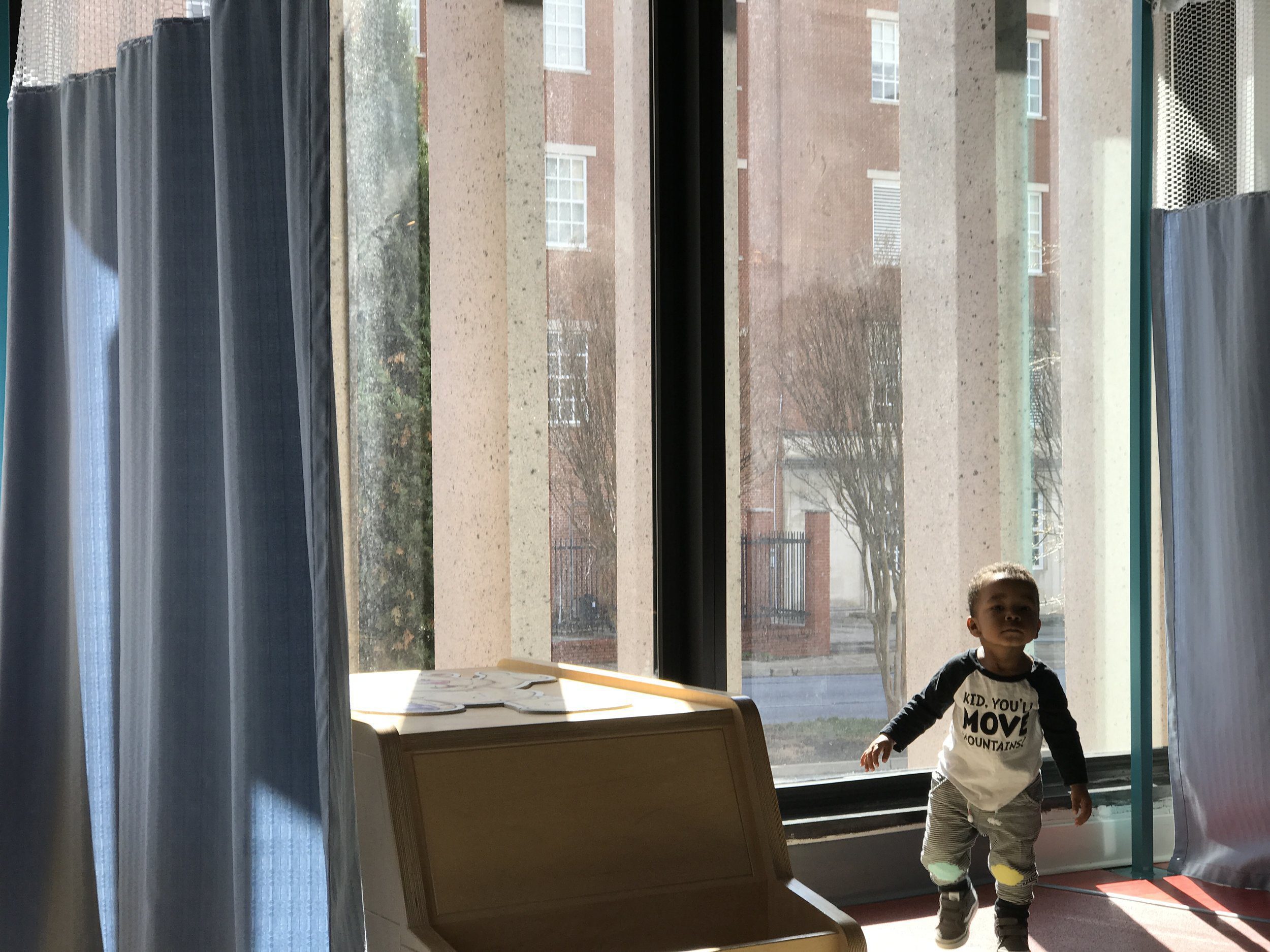 Micah got SMO braces on his little ankles and they have helped SO much! We were visiting the dentist WAY too much and it was so hard watching him fall all the time. The braces have helped tremendously with his balance and stability. They have been such a blessing to him! 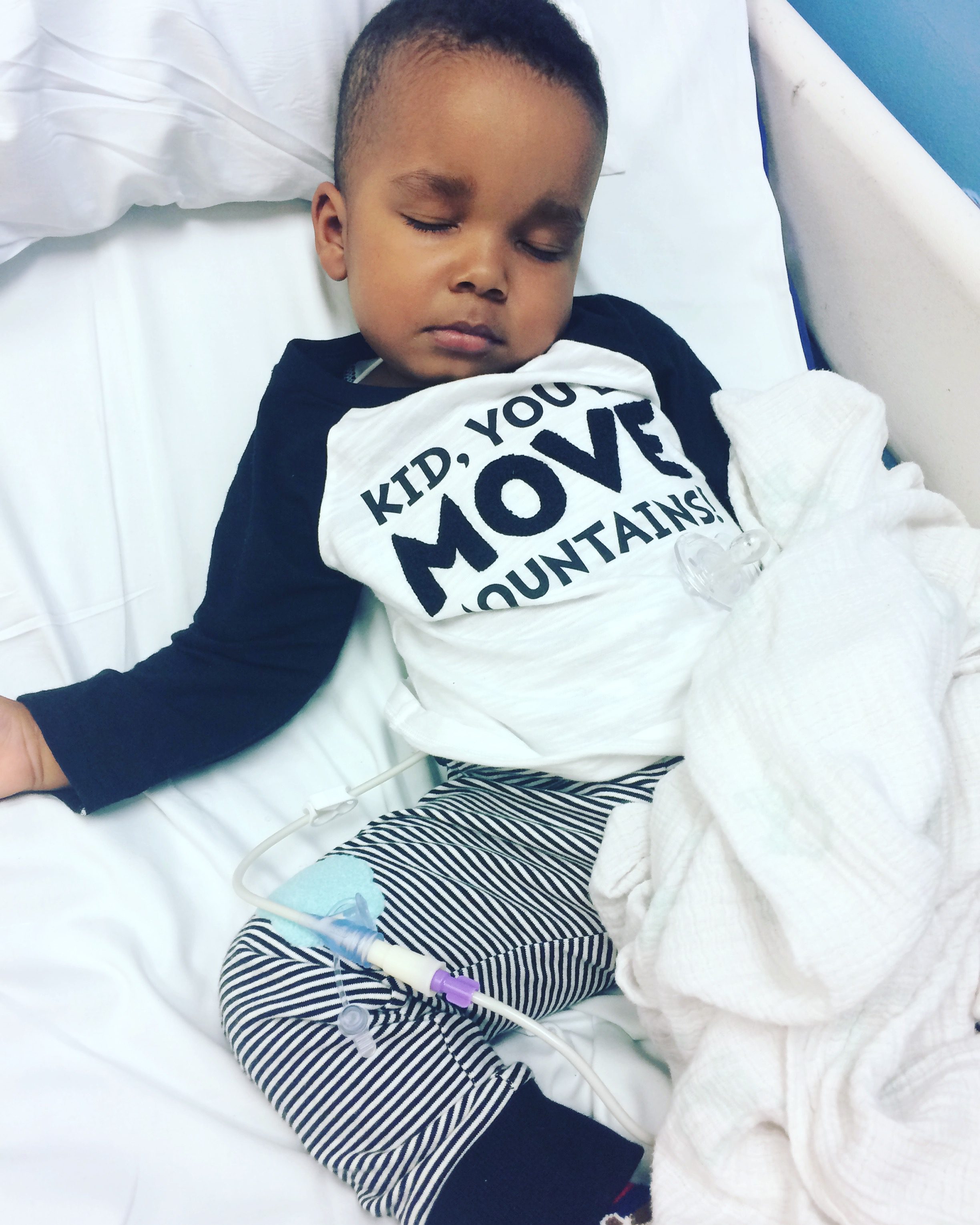 I don’t want to paint a picture that it’s all bunnies and roses over here. Because it isn’t. It’s still really hard some days. We still have really scary moments and some days are much worse than others. But it is NOTHING like what I had imagined. 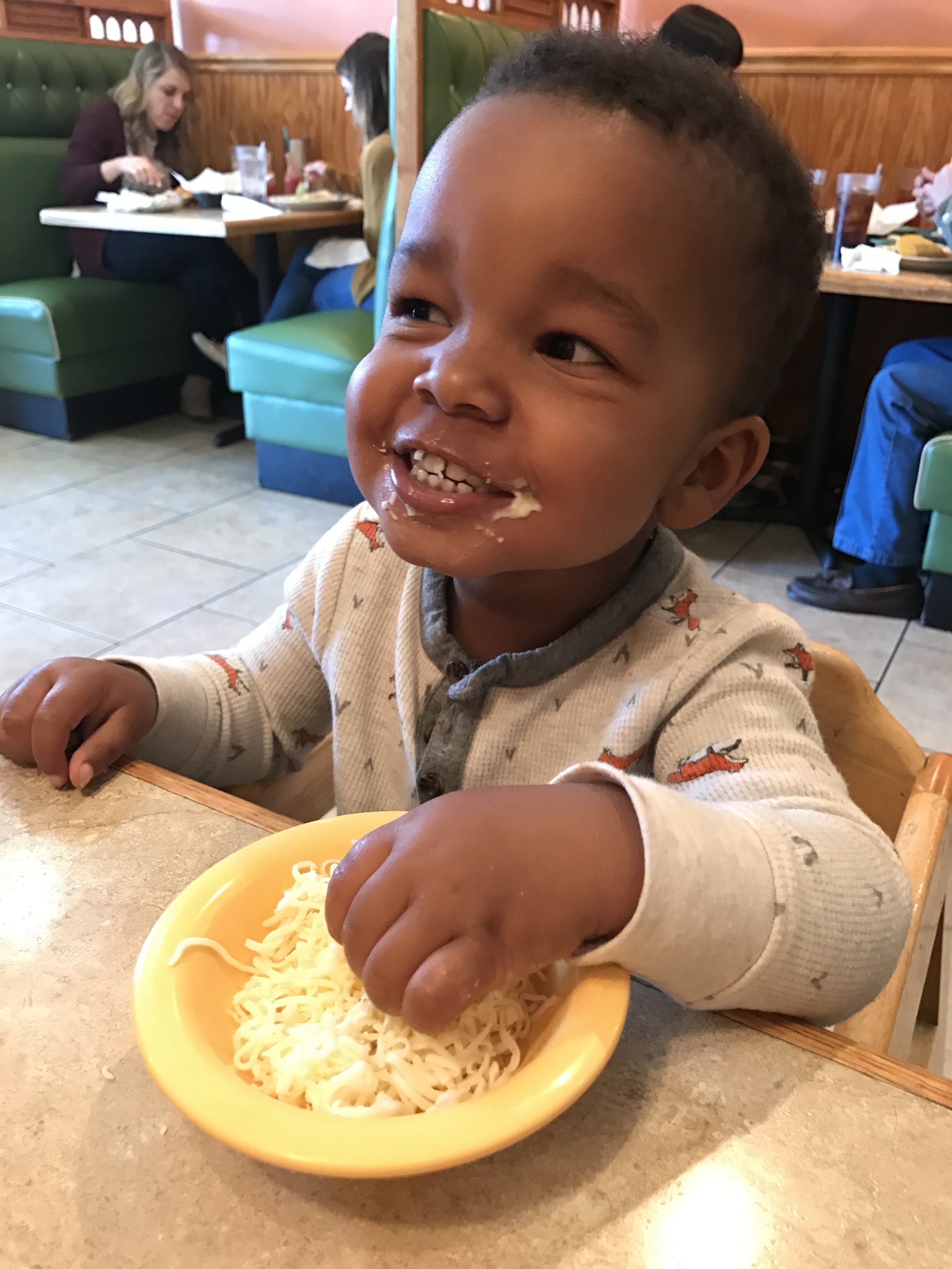 Both of my children’s stories, although similar, are so different. They have each taught me more in only a few short years about the heart of the Father, than I could have learned in a lifetime. When I think about their stories I see the heart of a really, really good Dad who just loves His kids. I see a faithful God, who always come through. I see Emmanuel, the God who is always with us, in hospital rooms and in the middle of the night when pumps alarm. I see the Comforter, who brings peace and rest on days that just seem too hard. And I see a Redeemer, who takes the ashes of our lives and turns them into something really beautiful. 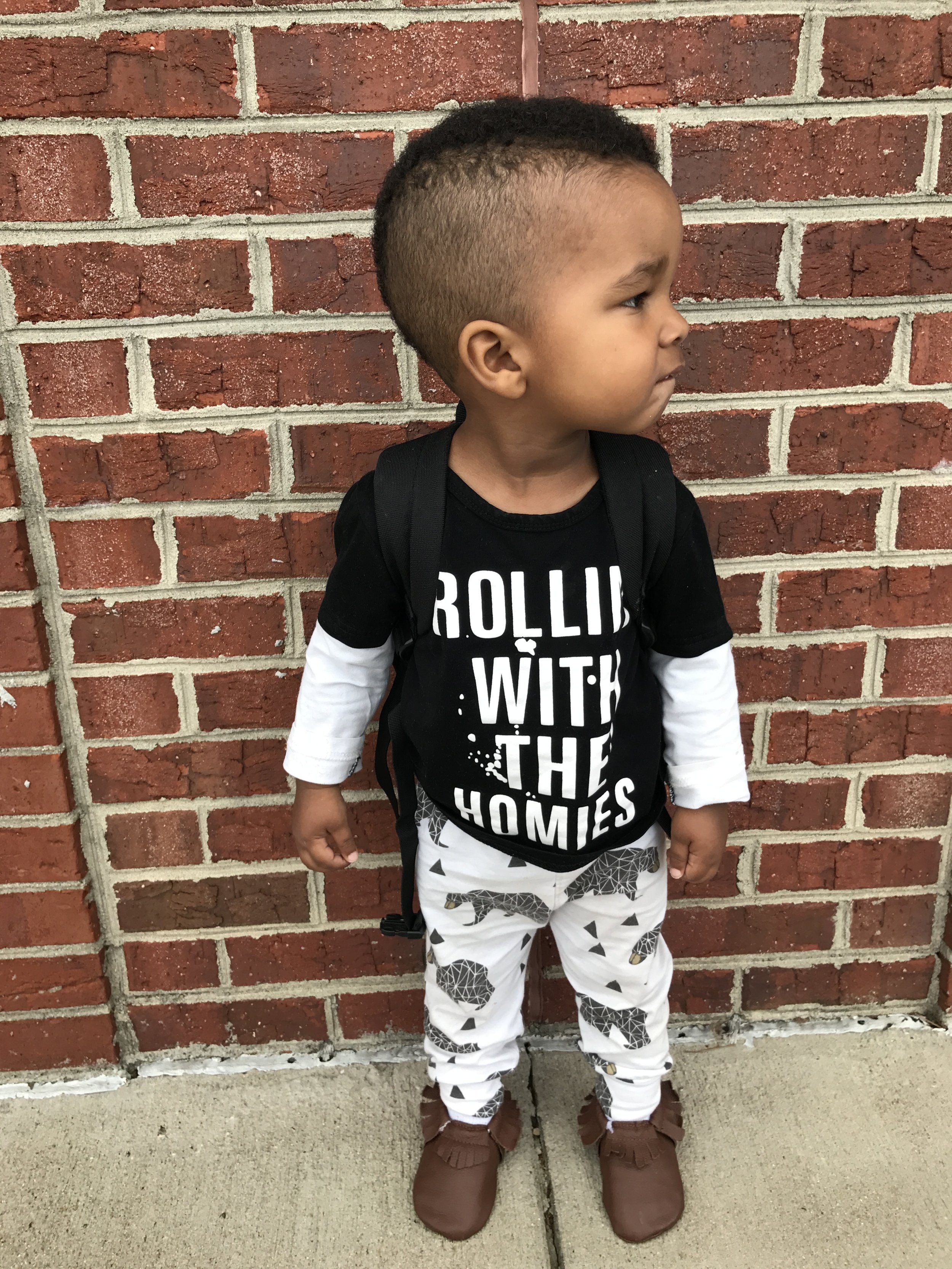 But what I see in Micah’s story, is the God of miracles. Not just the miracles I read about in the Bible. But the one who rounds the corner of my living room, with his backpack bouncing up and down, squealing at the top of his lungs, running from his sister, with a yogurt grin.

God is a God of miracles, today. 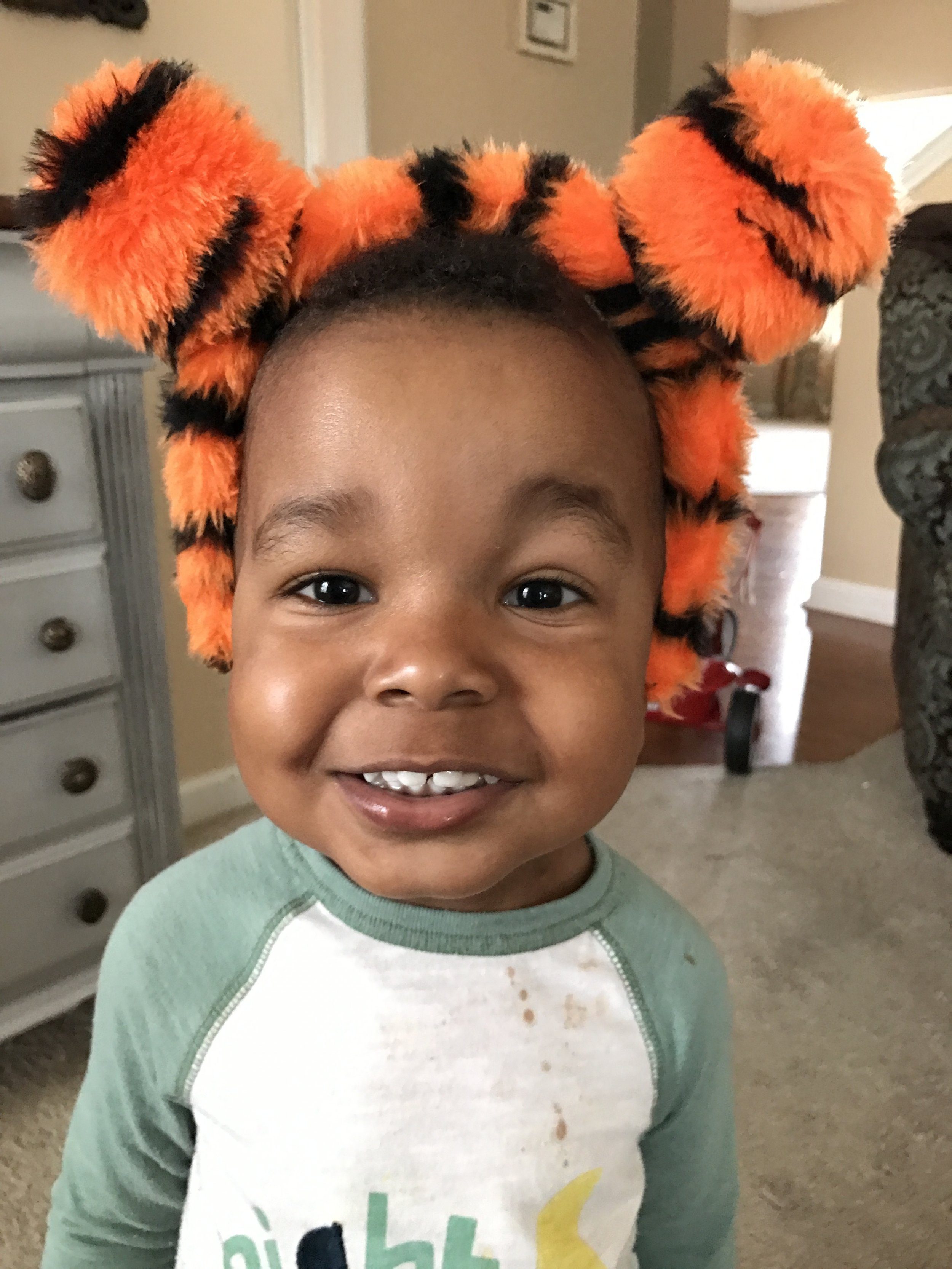 And our Micah, he is proof.

I stamped this bracelet in my Etsy shop. It’s been my motto this year. It’s a sweet reminder for stories like these.