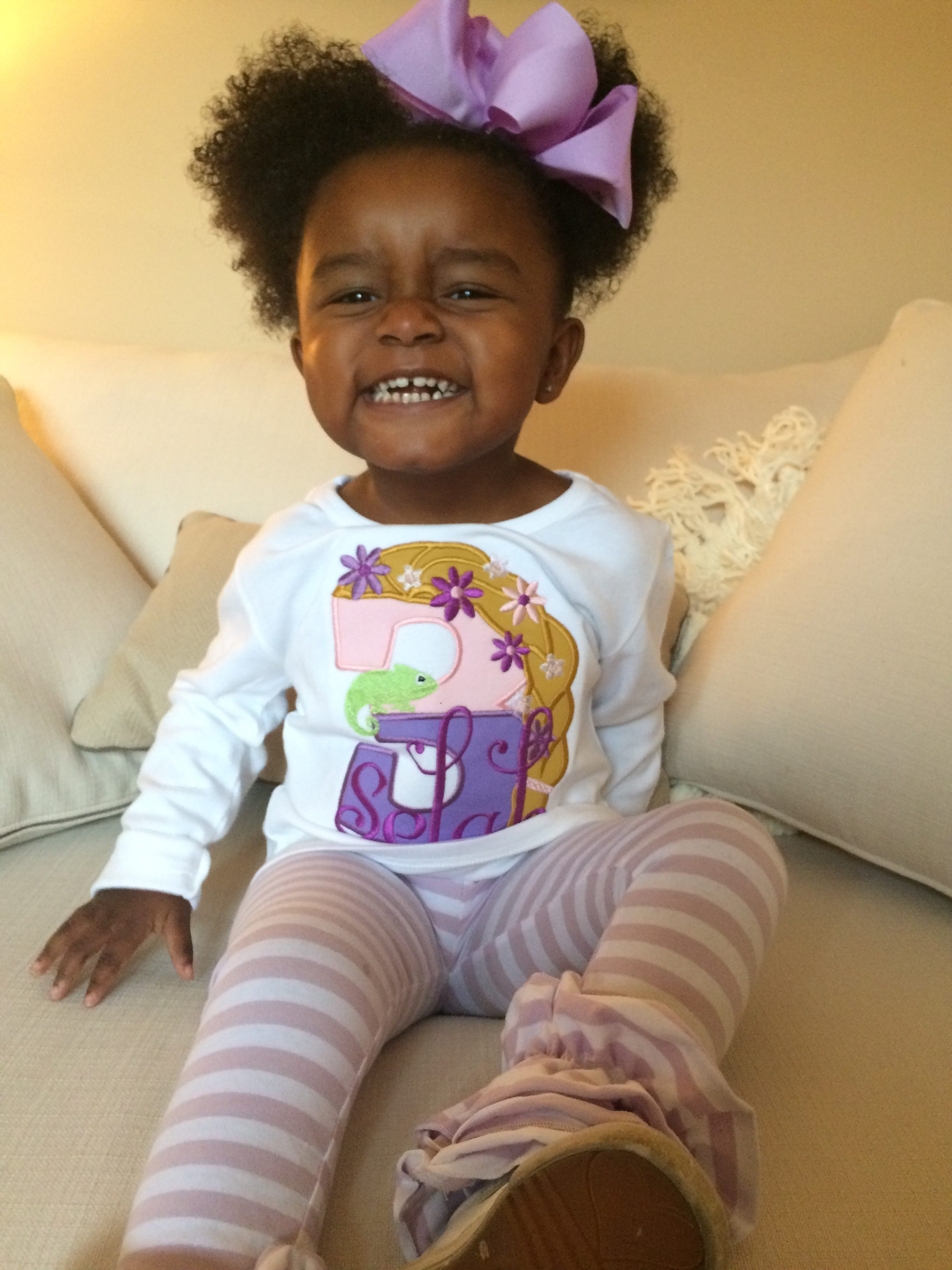 We both were waiting patiently for her to wake up. As soon as we heard her stirring, we rushed in her room with her present, singing the birthday song through wet eyes. She smiled and acted all surprised when we gave her a present wrapped in pink Minnie Mouse paper. “For me, Mommy?!” It was from the three dollar bin at Target, a little princess set to practice lacing. I mean her mama was a school teacher for seven years and we have to work on those fine motor skills when we can. She opened the other present, a pink tutu, and you would’ve thought we gave her the world. She kept saying, “Thank you so much, guys! I wove it!” She put that tutu over her pajamas and I watched my THREE YEAR OLD walk down the stairs.

Today was filled with all of her favorite things.

Play dough, like hours of play dough. Her purple pants, she’s really into purple lately. She had several cups of lemonade. Chicken nuggets with the yellow sauce only, absolutely no other sauce will do. And she ate her peas with the “poker” (it’s a therapy tool Micah uses to eat). She’s pretty much over naps, but for my sanity, and hers, she still has time in her bed every day. She played with her new baby and threw everything out of her crib into the floor. (I totally realize she needs to be in a big girl bed, but she doesn’t climb out, and I’m not in a rush for her to be a big girl, so no judging.) I put a purple bow in her “puppies,” that’s what she calls her hair piggy puffs. It’s kind of hysterical. Then we were off to the park.

Sister can run for days and she’s getting more brave every time we go. She went on the big slide today and I thought her face was going to cramp from smiling so much. I was so proud of her. After all of that running, we just HAD to go to “Salsaritoes” on her birthday. It’s her favorite place in the world. She asks us to go every time we get in the car. Then we made our last stop at Krispy Kreme. She wanted a chocolate glazed donut with “farkles.” It’s a mixture of sprinkles and sparkles. I just don’t have the heart to correct her, and might hurt someone if they try. She hummed through the whole thing. She does that when she really enjoys what she’s eating. The sweet lady there heard us singing “Happy Birthday” to her, and gave her and Micah balloons and a special birthday donut. It was precious and Selah couldn’t believe every one knew it was her birthday.

She had to have a Tangled birthday party this year. Remember how she’s crazy about purple lately? There is a part in the movie where they sing a song about having a dream. She makes us all get up and dance with her, and my heart literally melts thinking about the dreams Father has for her. 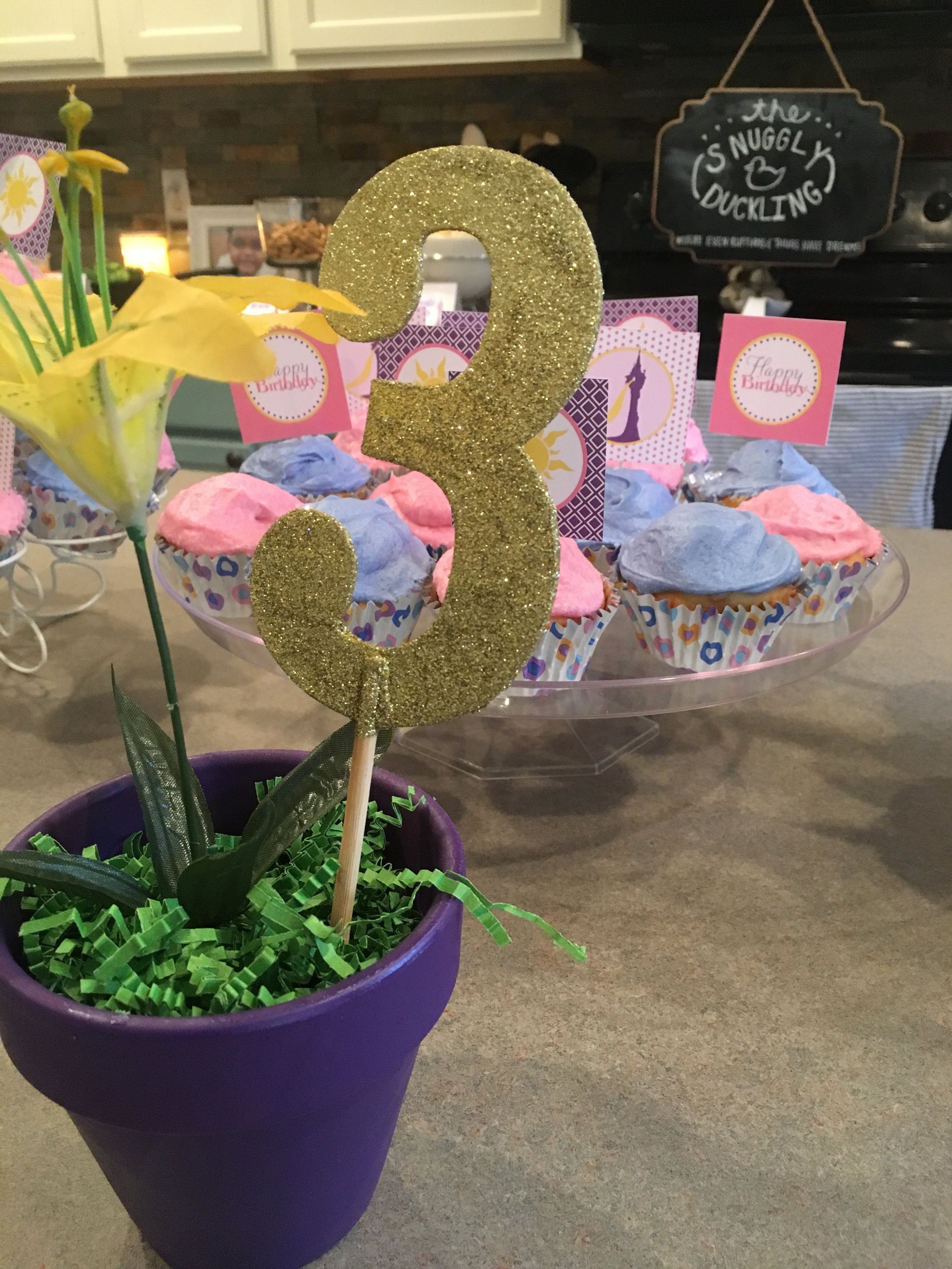 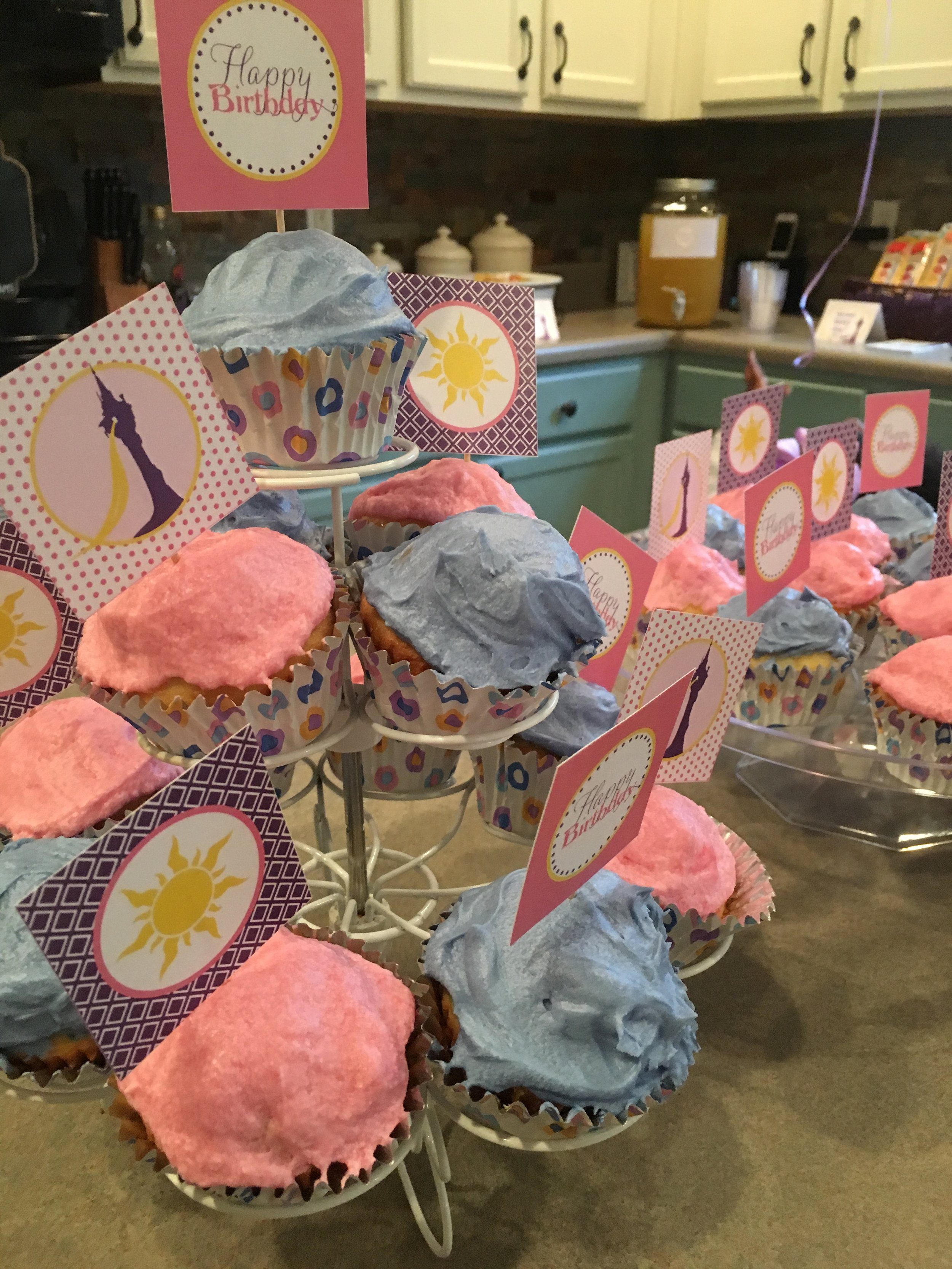 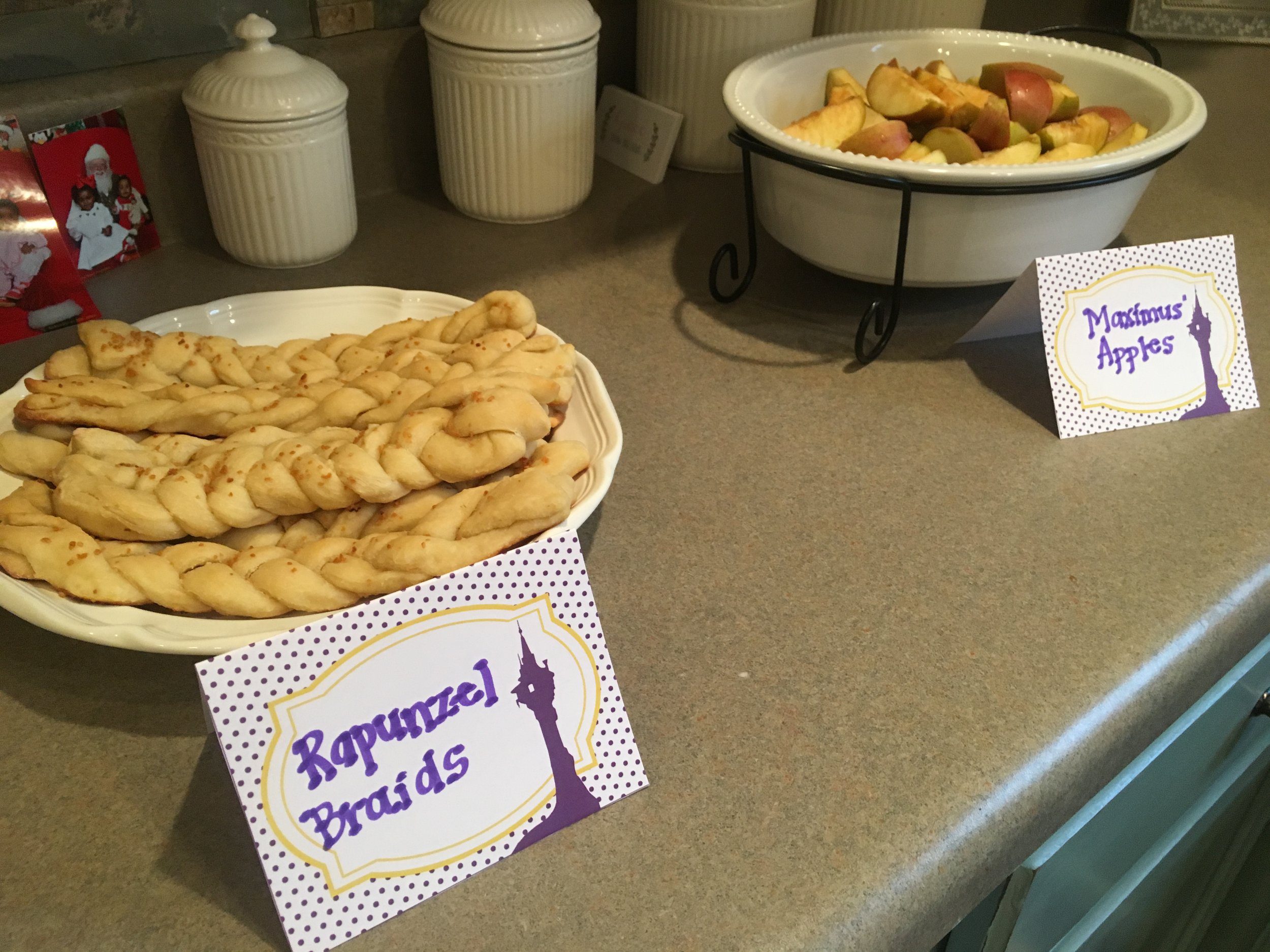 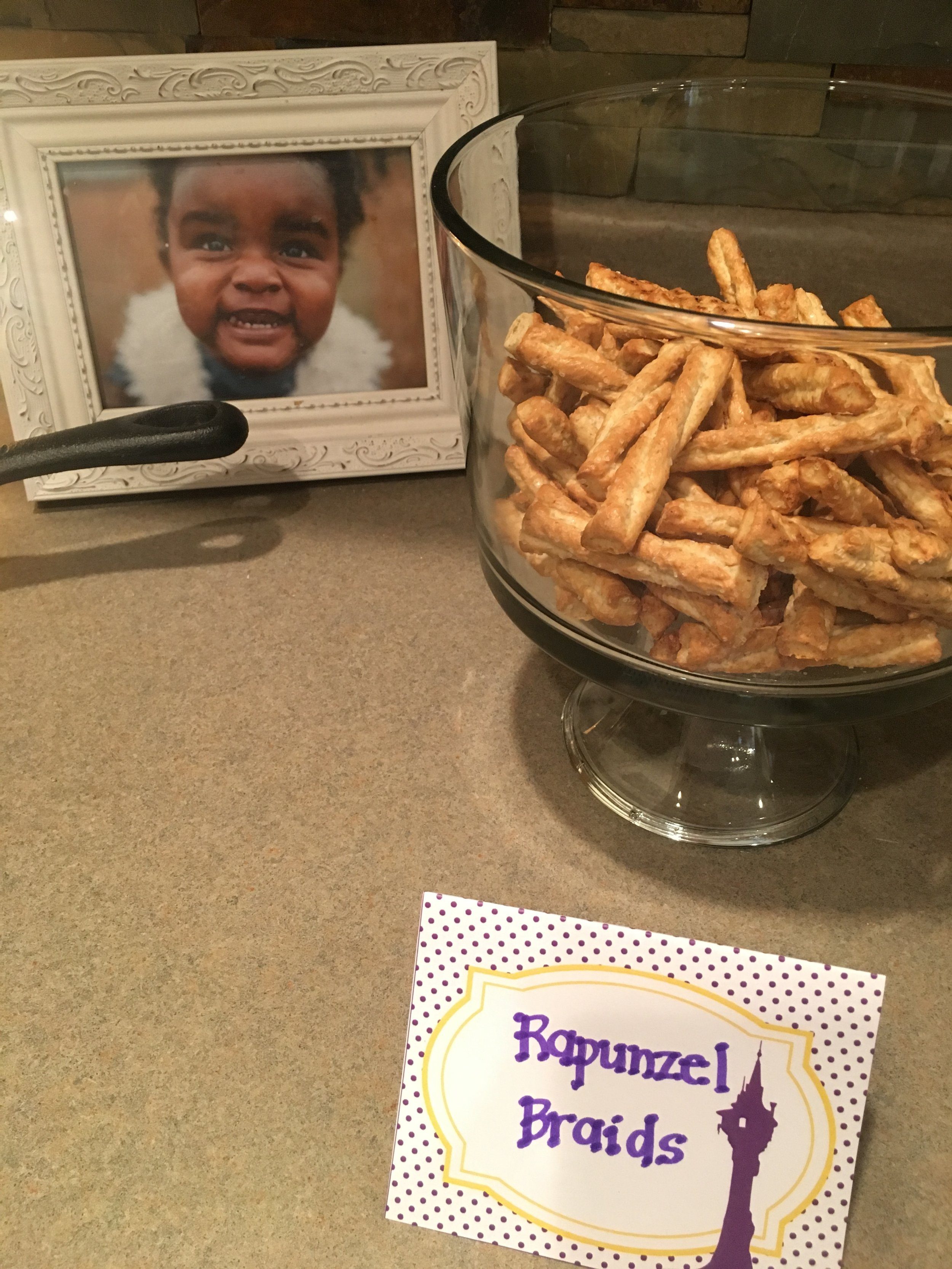 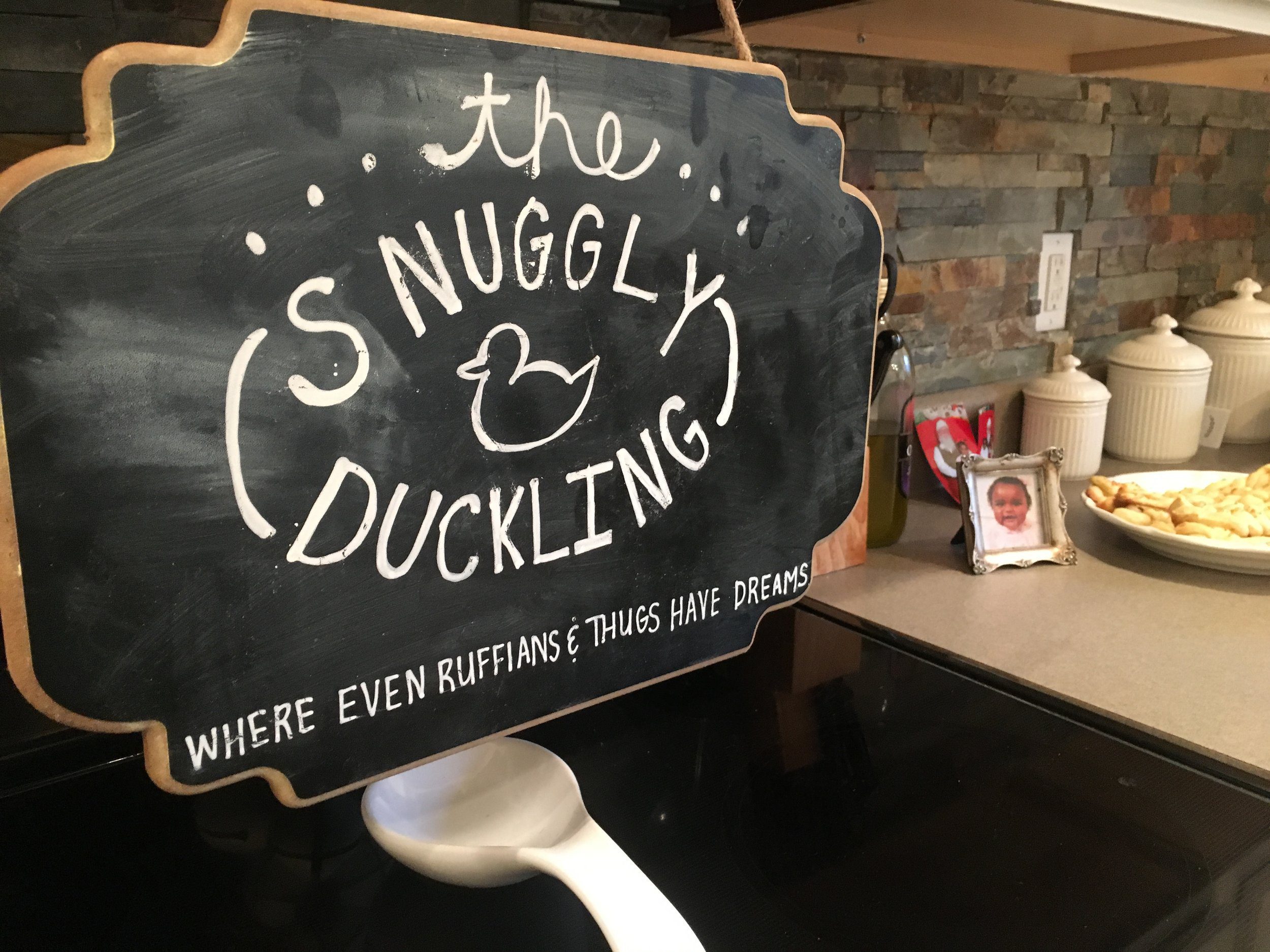 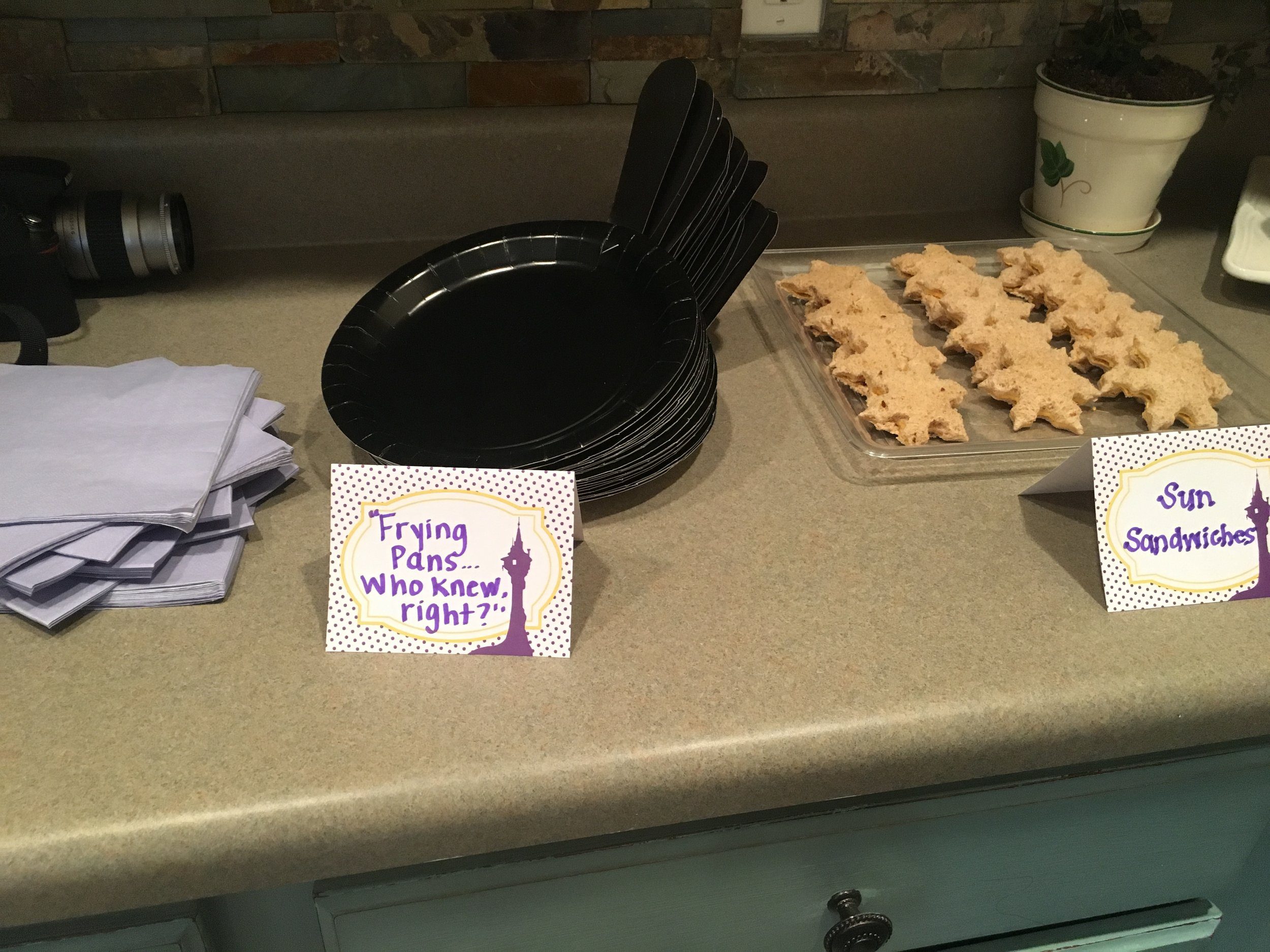 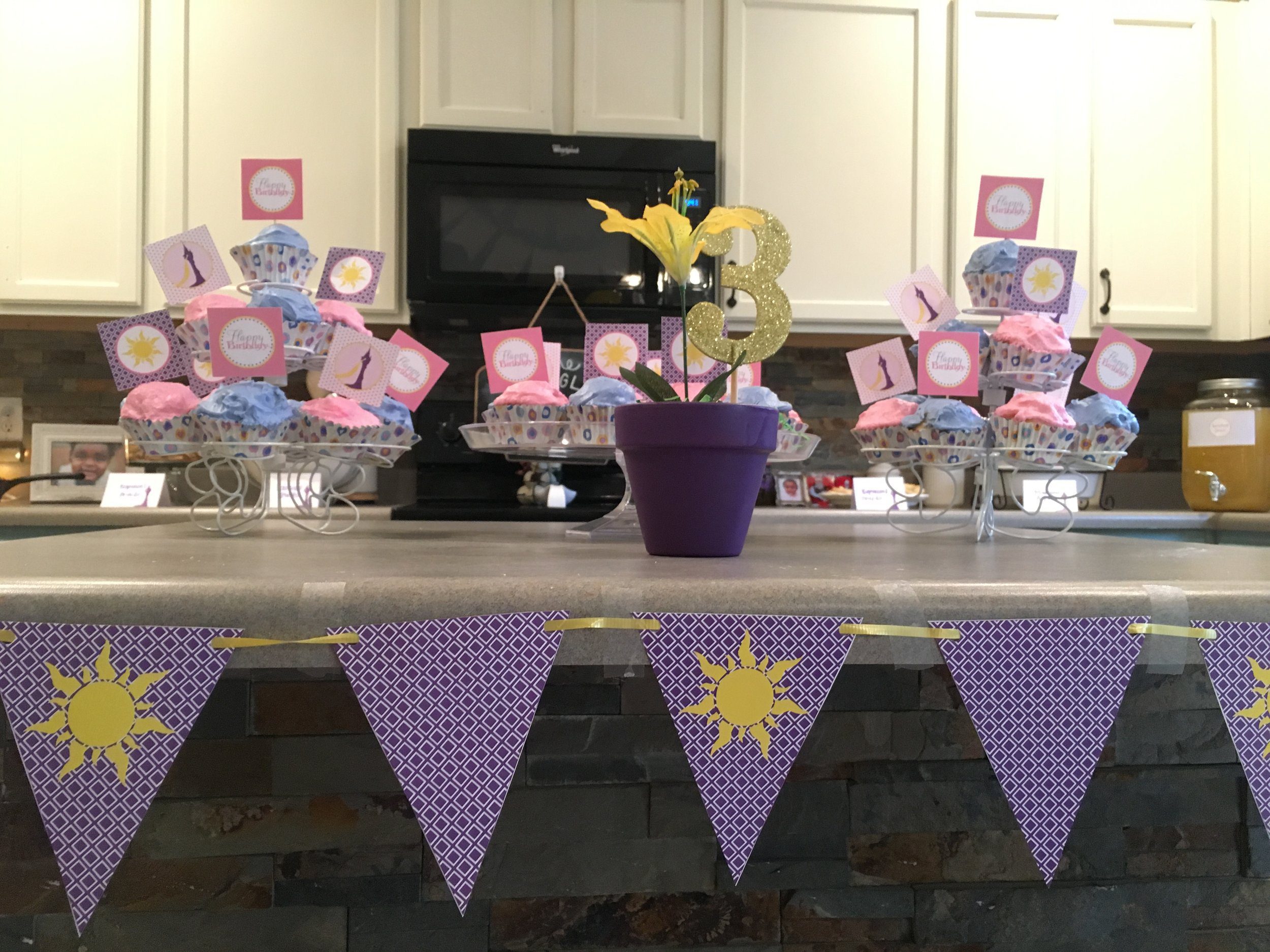 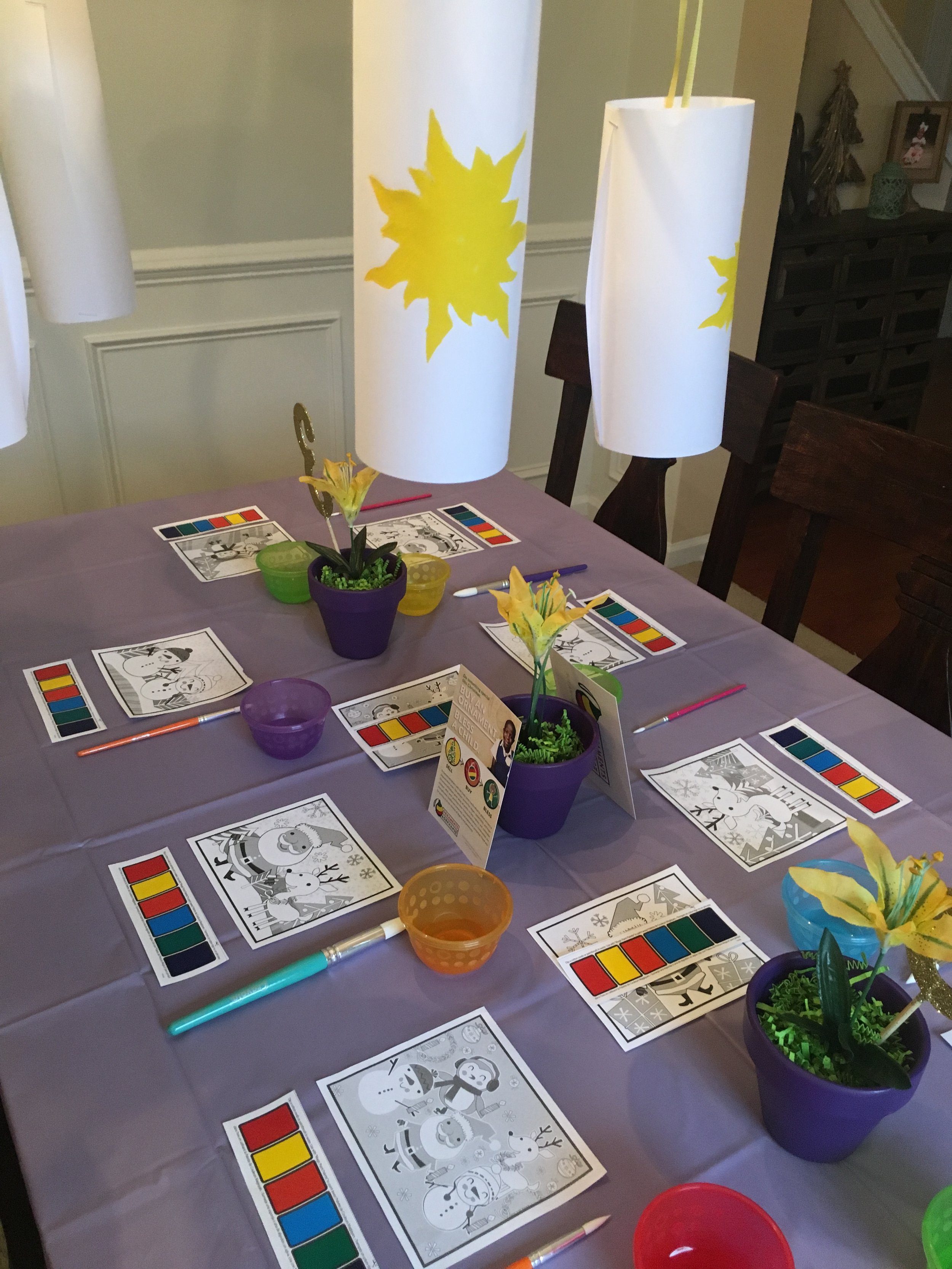 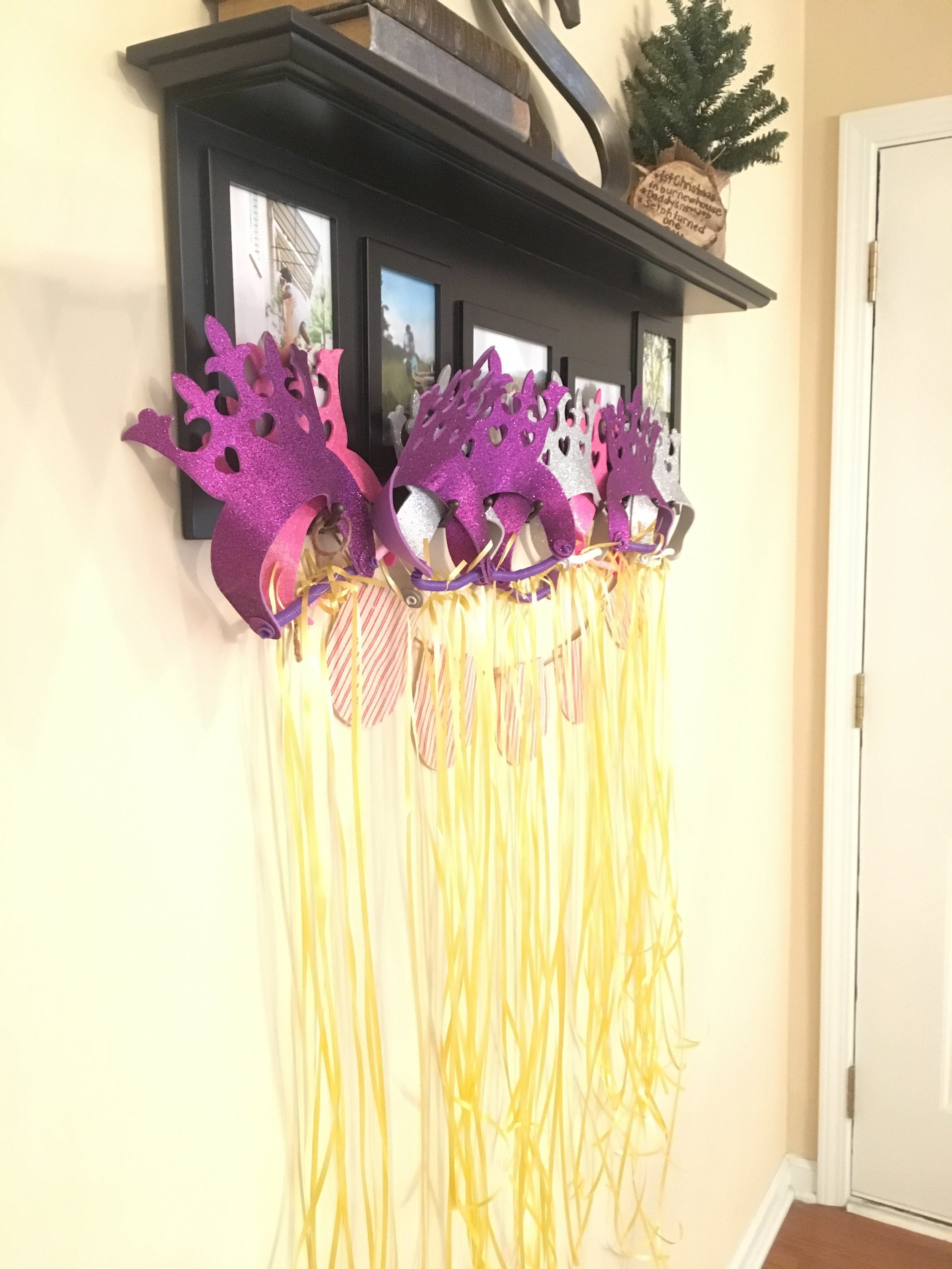 It was so fun this year decorating with her. Every time I would add something new, she would gasp and thank me from the bottom of her heart. The anticipation of her party was almost just as fun as the party itself. We made a little chain countdown because she didn’t quite get that it was still several days away. She was so excited when she woke up and there weren’t any chains left. She rode her little trike around the house, stopping every so often to check the window for her friends. 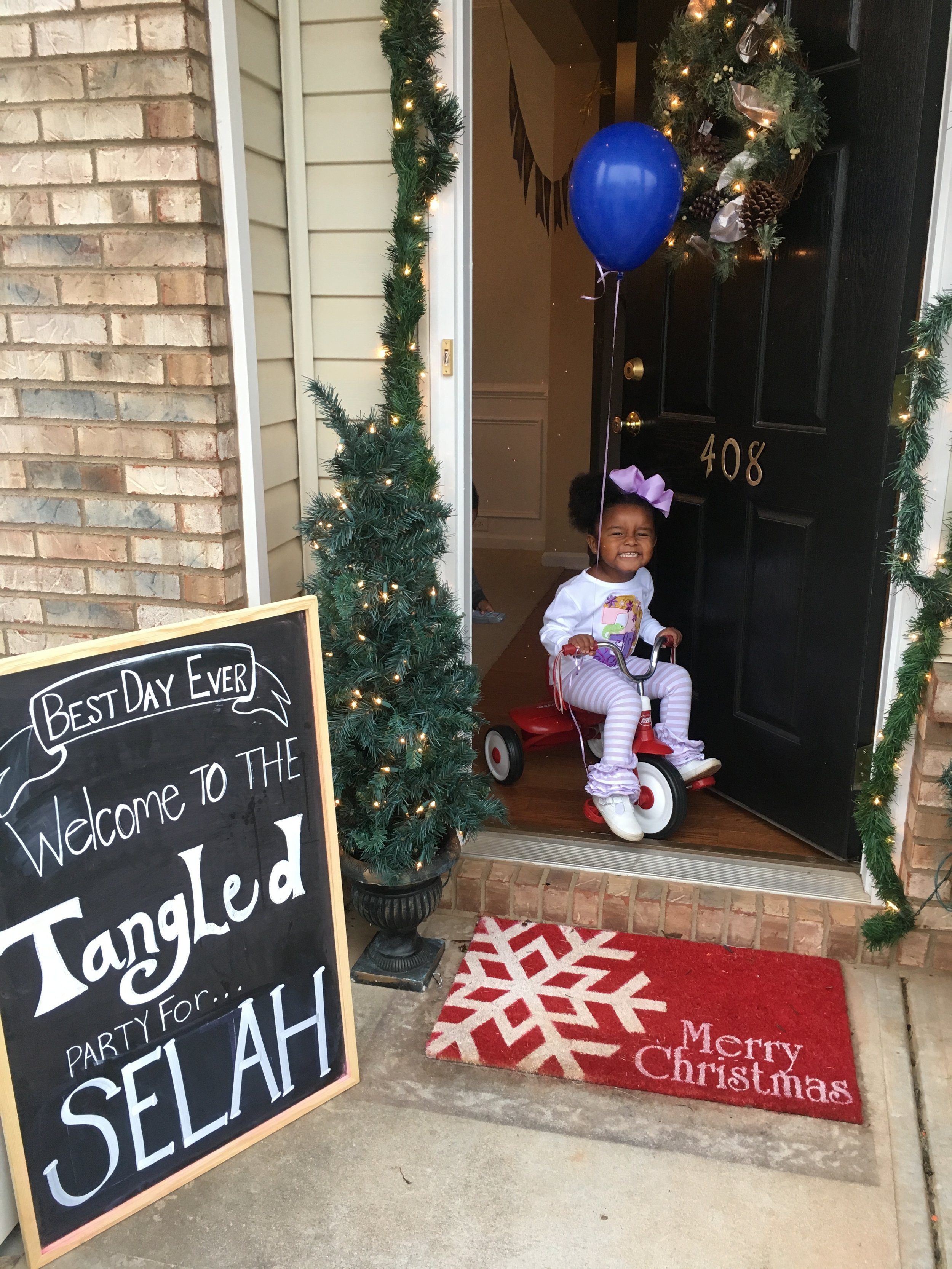 Gosh, our friends. They just love us so well. I was so humbled and thankful to have a house full of people who were there for her, people who love her, people who prayed and cried with us to bring her home. It was the sweetest. 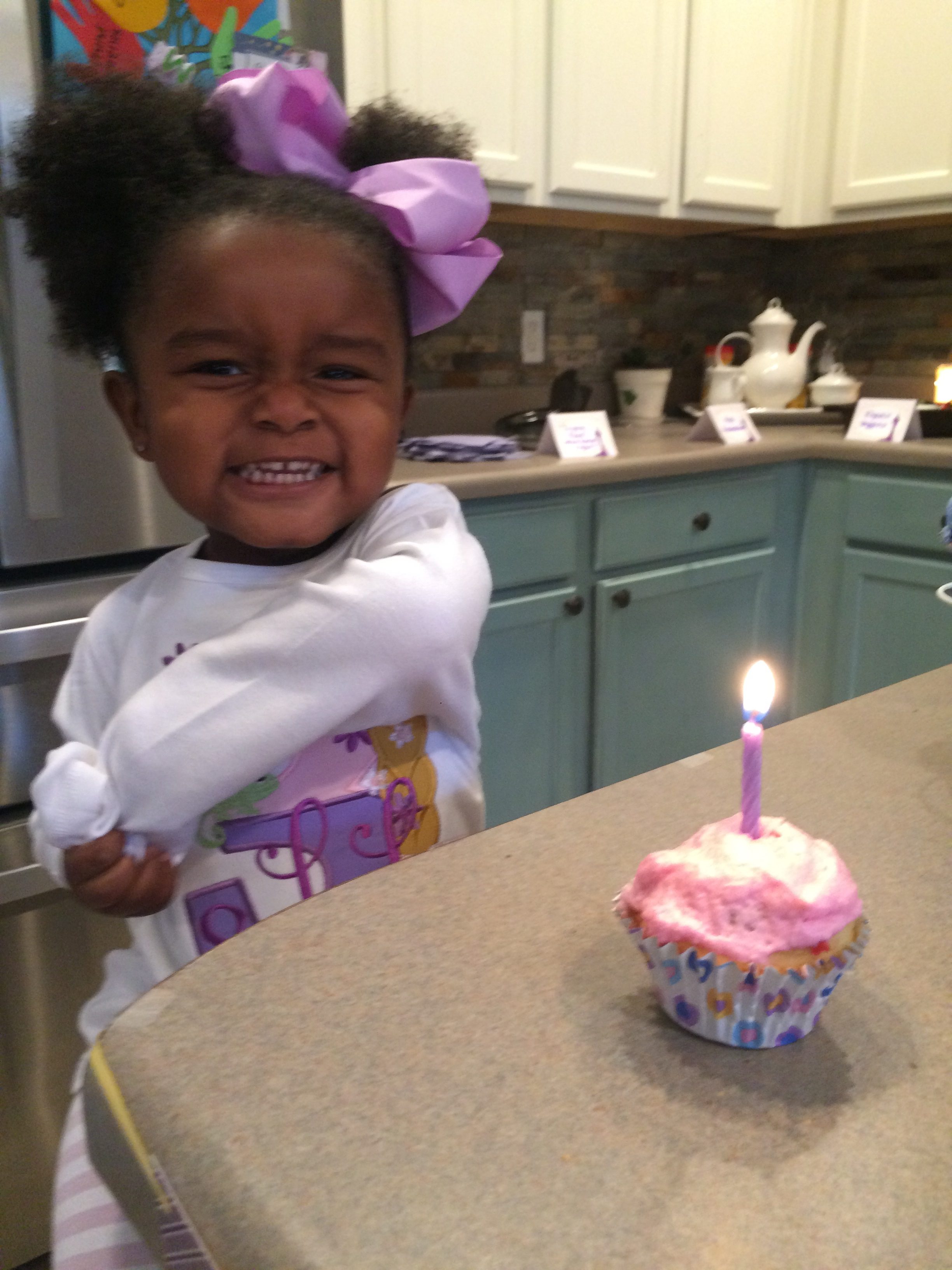 She teared up a little when we sang “Happy Birthday.” After everyone left, I asked her why she started to cry and she said, “Mommy, it was because I just so happy.” I. Can. Not. Handle. Her.

It was pretty much the best ever third birthday party.

And today, the day my baby turned three, it was pretty perfect too. She asked me to read her “On The Night You Were Born,” before she went to sleep. I tried so hard not to cry as I turned the pages. It’s just because I waited forever for her, I guess. It’s because she is the answer to thousands of prayers. It’s because she’s the one who made me a mama.

Three years. It’s been three years I’ve been called mama now. And can I tell you, it still doesn’t get old? There are moments when I hear her yelling my name and I am still in shock, I get to be the one who answers back. It was such a long journey to her. So many nights spend wishing and waiting. So many days of me wondering if it would ever happen, me being a mama. And tonight,  on her birthday, she gave me the sweetest present. She let me rock her to sleep.

I was praying over her, as I do every night. I felt her little body melt into mine, her breathing became rhythmic, and she slipped off to sleep. I sat there rocking her, way longer than she needed me to. And I remembered all of those days waiting. Moments like tonight make them all worth it. I would wait all over again if I got to be her mama.

It might have been her birthday, but she is the greatest gift.