Waiting on a Promise 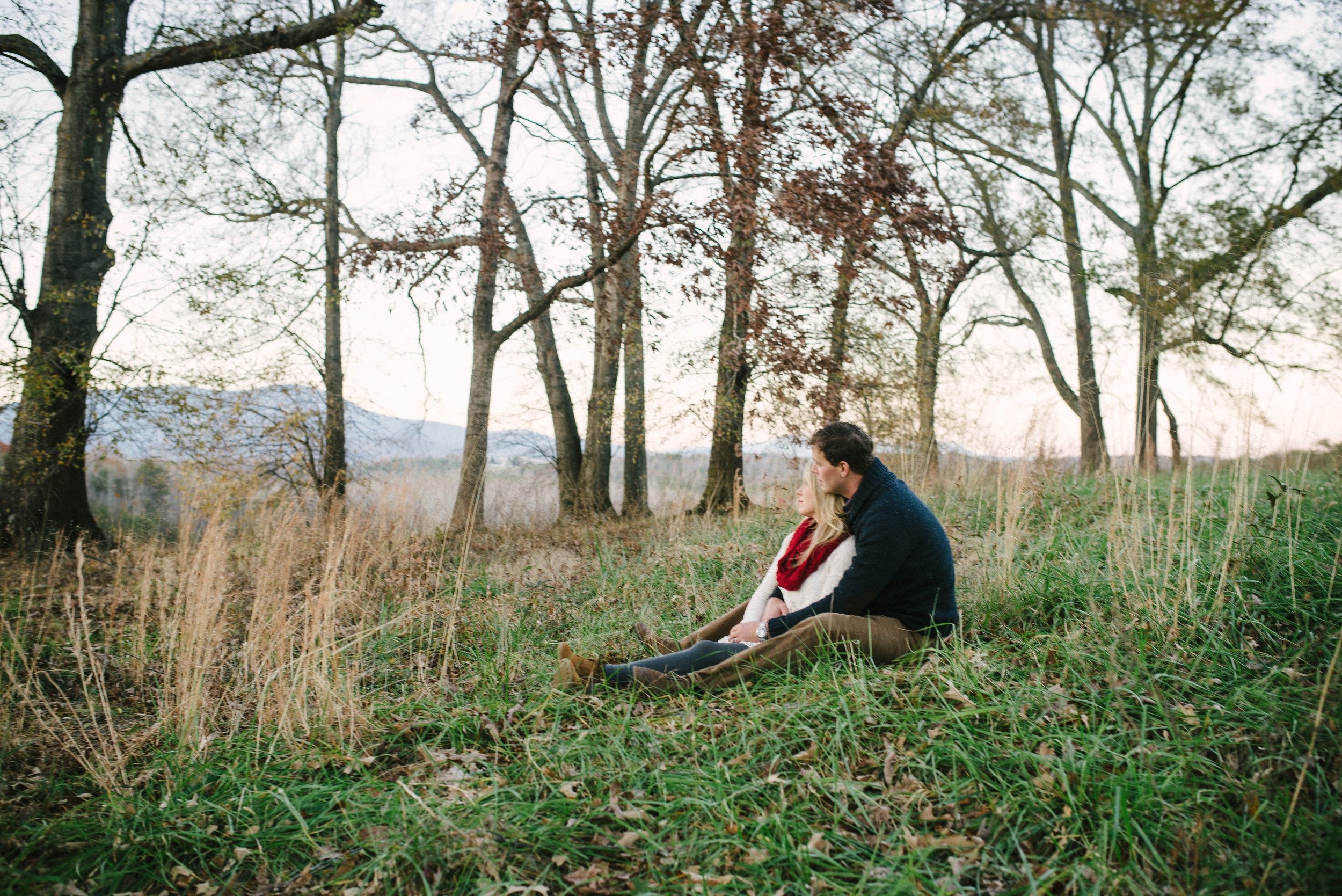 Christmas was always a measure of time for me

“Maybe next Christmas we’ll have a baby.”

Next Christmas would come and go, but with each passing year, it was harder and harder to believe. More than most times of the year, the ache couldn’t be escaped. The family Christmas cards that would pile in, the commercials of those sweet ones opening all their toys, and the line filled with excited faces and cute outfits at the mall waiting for Santa, it all just screamed at me. Reminding me of what I didn’t have. Yet wanted so desperately.

And then almost three years ago, four days before Christmas, we brought home one of our favorite gifts, our daughter. Not that Christmas needed redeeming, Jesus did that when He came, but how sweet of Him to send us our baby girl in a season that had brought so much pain? 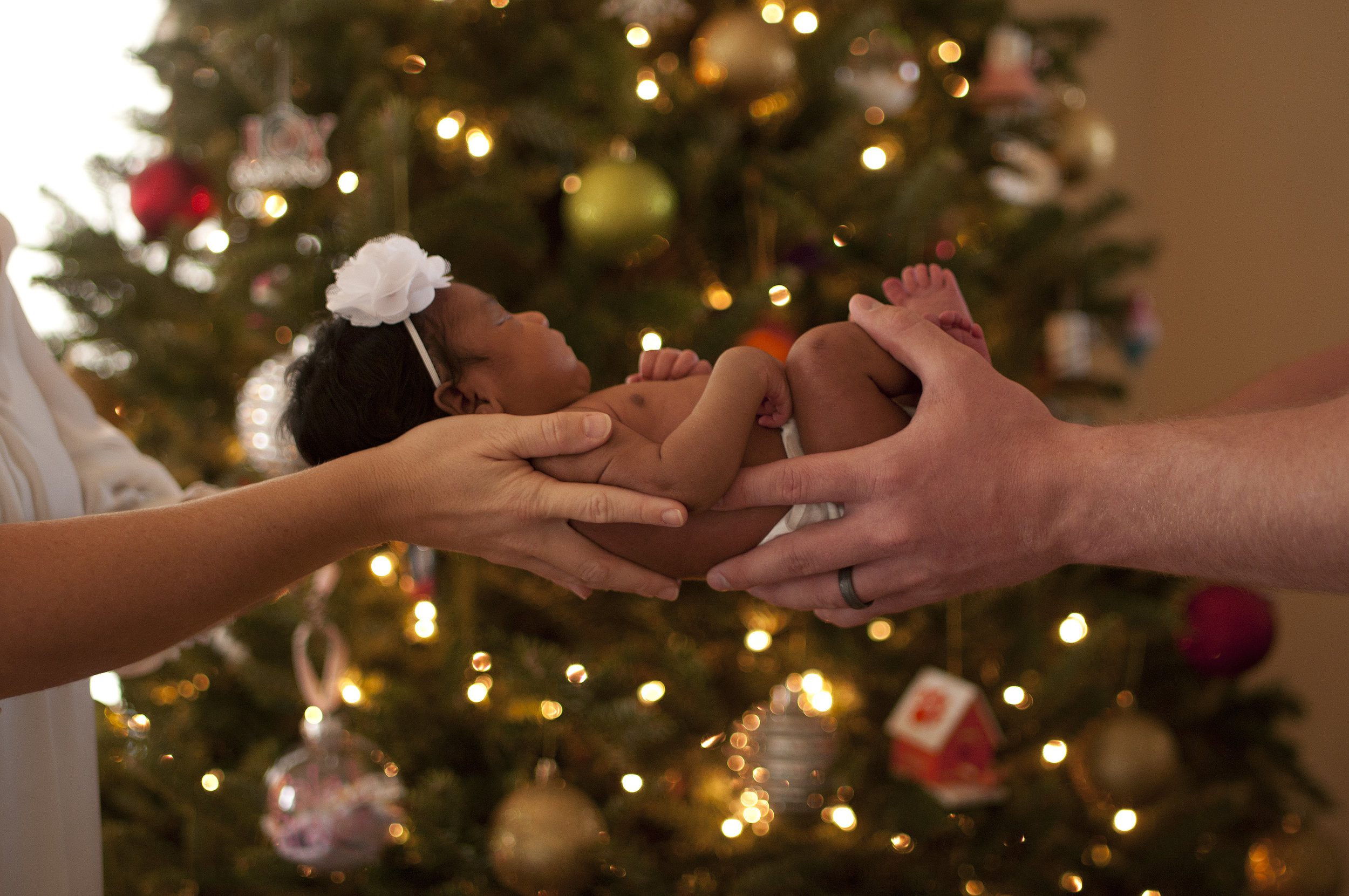 The longer I journey with Him, the more kind I find Him to be. The more I recognize His protection and provision in the answers of my prayers. The more I see Him loving me when He asks me to wait. 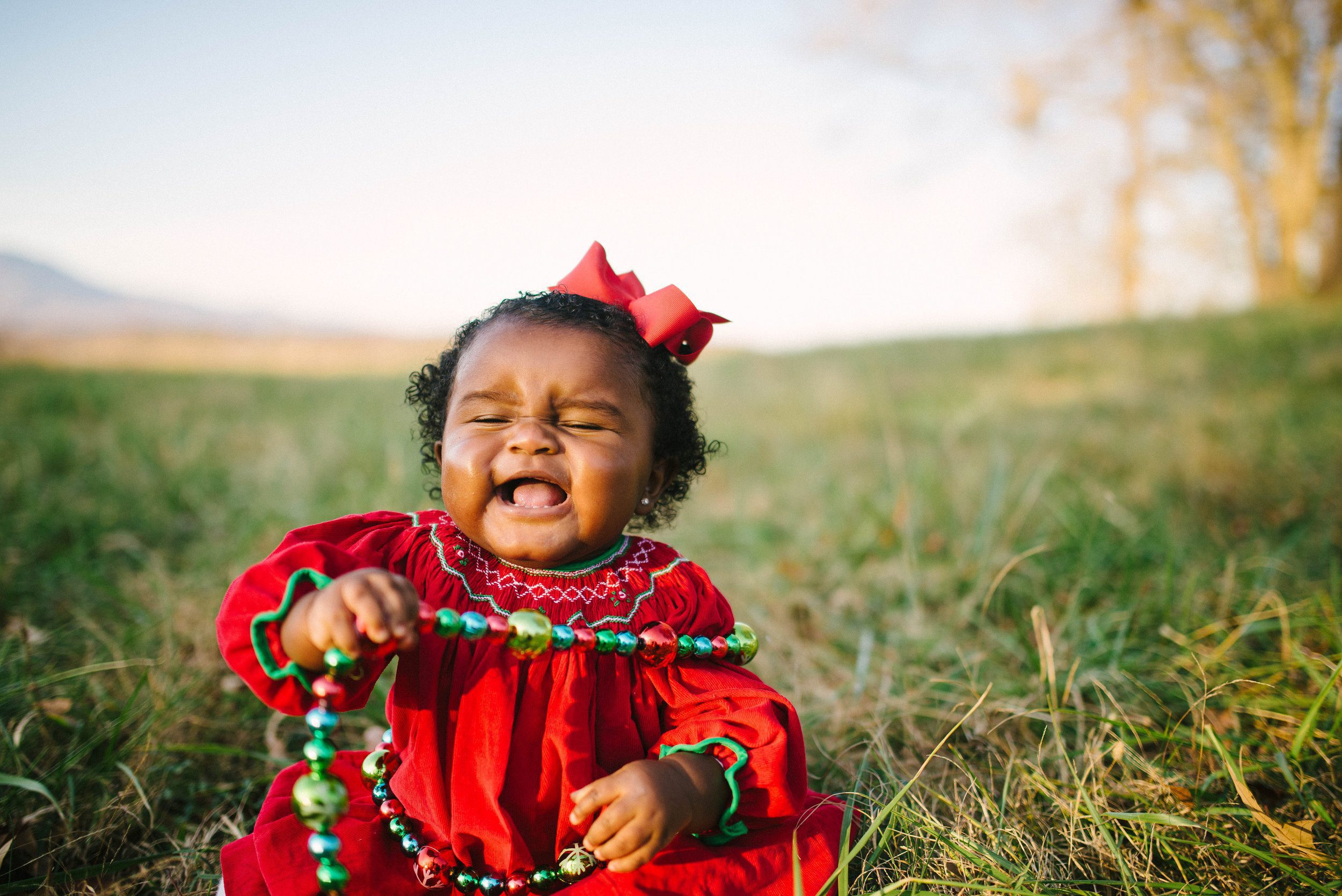 Waiting was something I pushed away. But I find myself in some sense waiting in every season of my life. It’s become something now I embrace. God does so much in the wait. He rescues and matures parts of our hearts that aren’t quite ready. We can’t understand the gravity of the gift without the weight of the wait. I started this blog five years ago now, as a way for me to process His grace in the waiting. I had no idea that others might need that too.

If I could, I would have you come over to my house. I’d flip the switch to the gas logs, we’d small talk in the kitchen for a little while. Then we would sit on my couches with a cup of hot coffee and I would grab my worn out Bible and hold back tears when I shared this with you. I have a few women who do that on Sunday nights lately and it’s been my favorite. I shared this with them the other night, and thought maybe it would encourage you too. 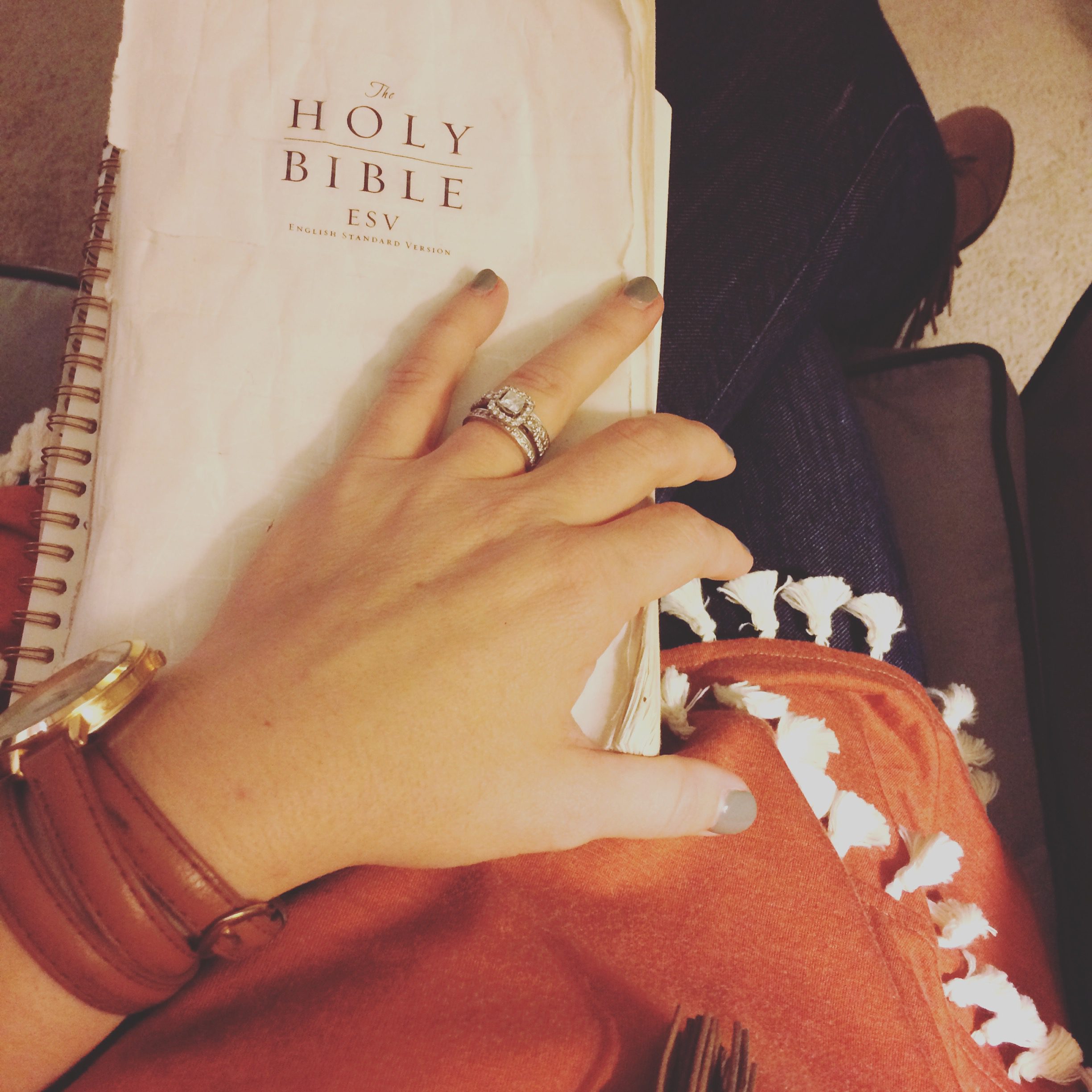 This Christmas, I’ve been thinking so much about the promise of Jesus. Before the birth of Jesus, way back in Isaiah, when the tribes of Israel were all scattered and living in exile, God gave them a promise in a really dark place. A promise of a Savior. He would be the fulfillment to their wildest dreams. He would destroy their slavery and bring them freedom. He would be their Light in a world of darkness. He would be their King to reign forever and His rule would never end. He would bring peace, and everlasting peace, to their land. He would be their Counselor, their God, and their Father. All of the things their hearts so desperately craved, the Promise would fulfill. BUT this Promise didn’t come until 700-1000 years later.

That, my friends, is a long time to wait.

Then the book of Luke begins with the story of Zechariah and Elizabeth. A barren couple (sound familiar?) who is given a promise. Gabriel, God’s angel messenger, tells Zechariah that his barren wife, Elizabeth, will have a baby. And do you know the first words out of Zechariah’s mouth? They weren’t “Oh my word! God has answered our prayer!” Or “Holy cow! No way!” They were, “How will I know this is going to happen?”

It makes me laugh so hard at Gabriel’s response. I mean he’s an angel and all but gah, he’s hysterical. He says, “Because I am Gabriel.” Duh, Zechariah. Gabriel, an angel from GOD, told you of this promise! What else do you need crazy man?!!! The thing is, Zechariah wasn’t crazy. The Bible says that he was righteous before God. He walked “blamelessly in all the commandments.” This was before the New Covenant. This was still in the “go catch the goat because I sinned today” time. This tells me that if Zechariah, a blameless man, had tight fists to God’s promises, I probably do too.

In the same chapter, a few verses later, our favorite funny angel appeared to Mary, Zechariah’s relative. He told her she would have a baby that would be conceived by the Holy Spirit. Her response wasn’t like Zechariah’s at all. She responded with, “Let it be so.”

Zechariah got wind of the promise and quickly closed his hands. I’m sure they had been waiting a long time for a baby, they were old. And the thought of finally having one, made him immediately want control, he needed to know how the promise would manifest. Mary’s response was much different. Her hands were open to the Father’s promise. She knew the promise was not hers for the taking.

It belonged to Him.

Maybe I’m just talking to myself here and this doesn’t remotely apply to you, but I can tell you, in all of my waiting, I’ve looked more like Zechariah than Mary. I’ve caught wind of promise and closed my hand so tight, nothing could pry my fingers away. But in this season of waiting, every day, every hour sometimes, I keep praying for a heart and hands like Mary’s. “Lord, let it be so, according to your will.”

I’m happy to report that Zechariah only had a short lapse of bad judgement. And even though he doubted God’s promise and held too tightly to it for a time, (after God closed his mouth for the whole entire pregnancy), he spoke the most beautiful words over his son, his promise. Words we still read today. You can read them and this whole story in Luke Chapter 1. So it’s not too late for you, friend, if you have a ninja grip on that promise.

Let’s loosen our grasp this Christmas season. And instead of being so consumed with the gift, let’s fall in love all over again with the Giver. And let Him be enough for us. Because He is. Remember, it’s Him really. He’s the One, Whom our hearts so desperately crave. And we don’t have to wait years and years for His coming. 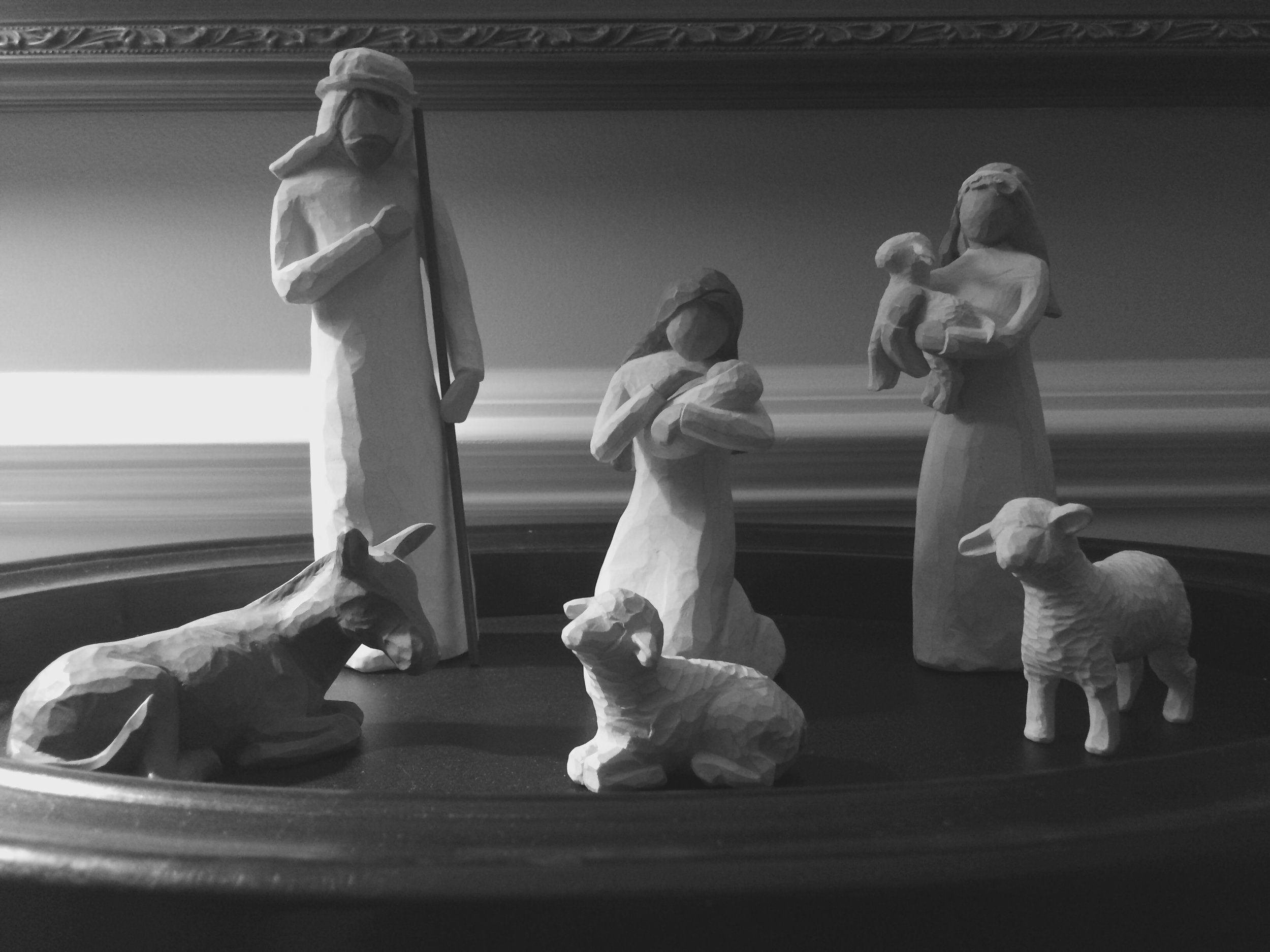 He came. He is here.

Our Promise, sweet sisters, is here. 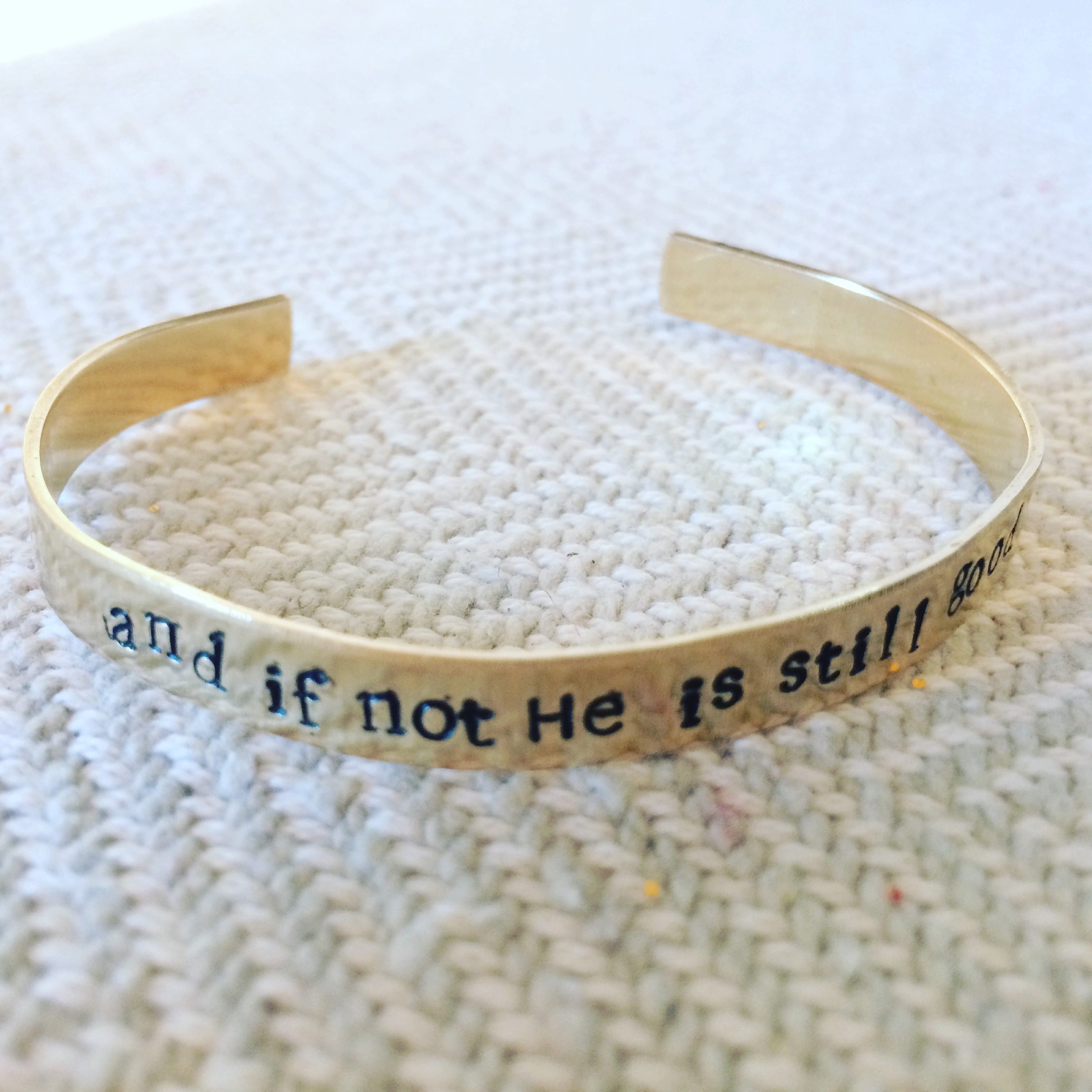 I am going to give one away to my readers! If you would like to be entered into the give away, make sure you’re subscribed to my blog (you can subscribe either by the pop-up menu or on the right sidebar) and then simply comment on this post with your email address. I’ll leave the give away open until December 12th. I never win stuff like this, EVER. But someone always does! You might be the someone, friend!