It’s no secret that my family was a mess.

I say “was” because God has redeemed so much of that story. But sometimes when I remember things from my childhood, I have a hard time seeing which way was up. I have written about some of that here. It’s a story that needs to be shared…one day. But until then, just know I was the kid in school who grew up in a broken home and it was pretty messy.

But then I got married, and I got a new name.

It was a new chance to break generational cycles that just seemed to continue to repeat themselves. The new name I took, wasn’t without flaw, but it was full of promise. And I gladly took my husband’s name, because we were building something new together. I needed a new name, a new start.

When my daughter and son were both born, the hospital named them “baby girl” and “baby boy.” They do this with adoptions, because it’s a sensitive thing, naming them. Really until their birth mom signed, they still belonged to her, but they were in the process of being ours. However, their birth mom legally named them. Besides choosing life for them and picking us to be their parents, her naming my children was the most precious gift she could have given us. Because she completed the forms in the hospital with the names my husband and I had chosen for them. She wanted their last name to be “Satterfield” because she said they belong to us now and they had a new start, a new heritage. Technically, when they were legally adopted a few months later, we never had to change their names, because she did that as soon as they were born. Her love for them is like nothing I’ve ever seen. And naming them, with our name, was just one example of that. 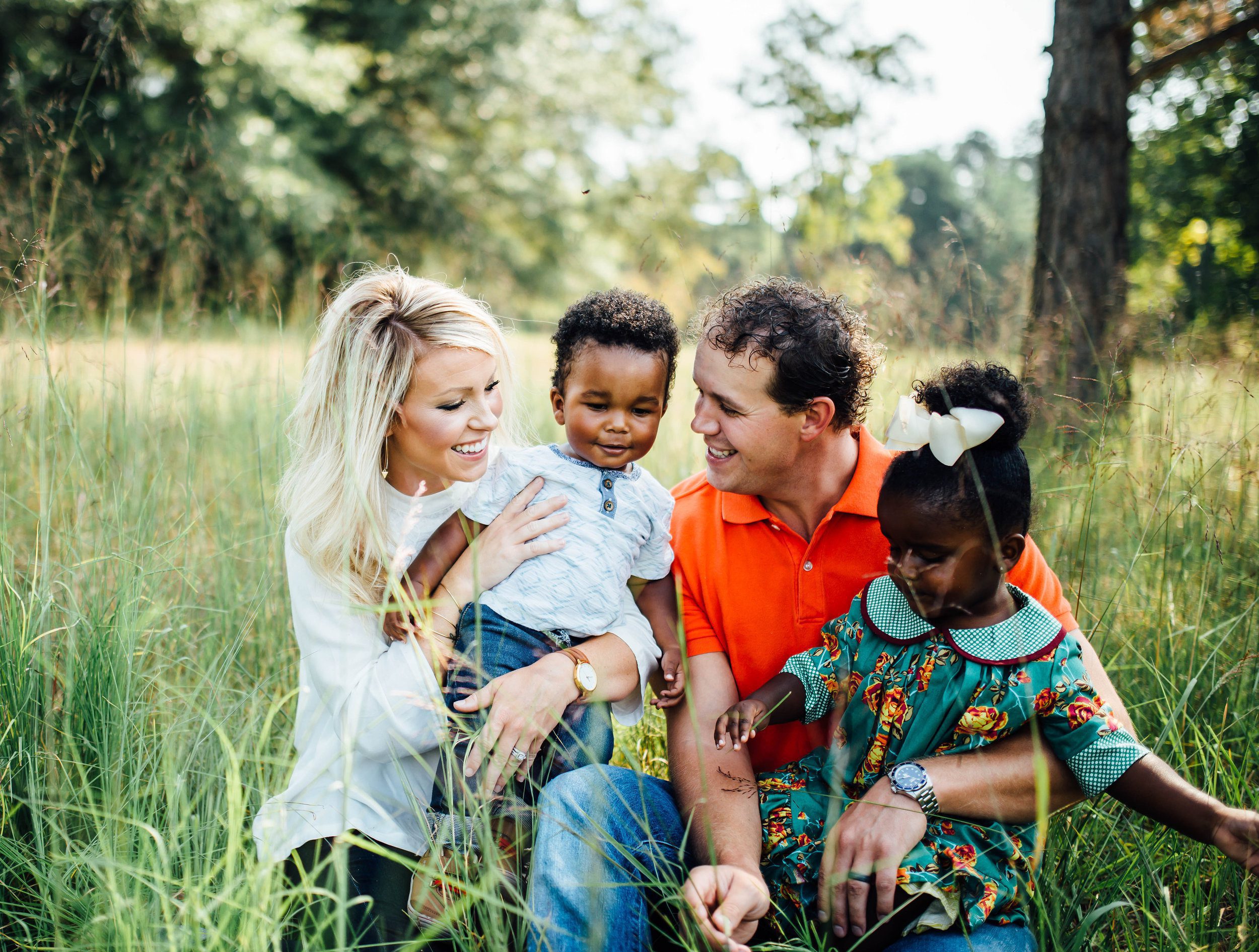 I’ve been reading through the Old Testament in the Bible study I’m doing. I have never noticed how many people God renamed. This whole new name thing is rocking my world right now. Abram was renamed to Abraham. Saria’s new name was Sarah. Jacob was renamed to Israel. And the list just goes on and on. Names in the Bible carry such weight, so much meaning.

I was emptying the dish washer a few hours ago, right after I laid my kids down to nap. The house was finally quiet, so the enemy’s voice was extra loud. He started reminding me of old names I used to have. I started down this mental road of listening to his abuse and immediately rebuked him. Because I remembered my name.

When I saw my righteousness was only filthy rags, and my best could never be good enough to match the law. When I accepted the grace and forgiveness freely given to me through Jesus’ sacrifice on the cross. I realized that Jesus just isn’t my way to heaven. Jesus is my way home, to Father. I no longer carried the name slave, orphan, or enemy. I was renamed free, saint, daughter.

Daughter of the One True King.

Something supernatural happens when we believe our new name. When we believe that we have a really big Daddy, the problems of this world seem so small. We no longer need anyone else’s approval, because we have His. And knowing that we belong to Him, and that He is ours, changes EVERYTHING.

I’m praying so hard you are walking in that identity today. I’m praying you will not only remember your new name but that you will believe it, receive it, and wear it proudly.

The world desperately needs you to.