He Is Really That Kind.

I looked down at my belly and wondered if maybe, just maybe, this was the month God had opened my womb. 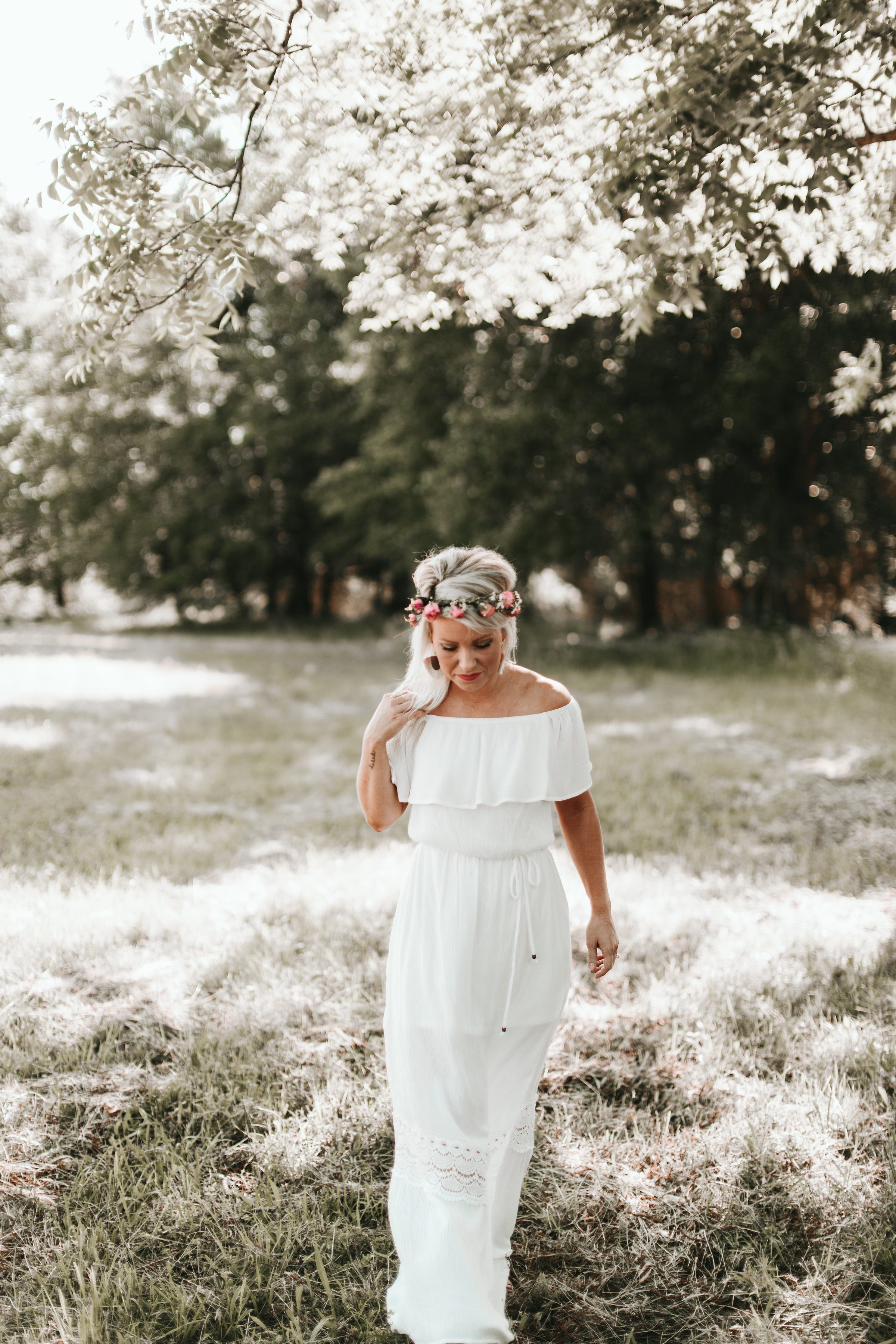 We were driving down to the beach and I pulled up the calendar on my phone. My feet up on the dash, Cinderella was playing for the kids in the backseat, and our hearts were bursting with hope. The promise had manifest. The waiting was finally over. We finally had breakthrough from seven years of praying. We would shout it from the mountain tops that our Papa had performed a miracle. Again.

“So I’ll be twenty weeks the week of your birthday! How sweet is that? We’ll get to find out the gender! What a birthday present! My belly will be pretty big around Christmas. I’ll finally be pregnant for our Christmas cards. The due date will be my birthday month! Isn’t that just the way He works?! He’s so kind. Really kind, isn’t He?”

I was six days late. I am NEVER late. I just knew it this time. Something about it was different.

We made it down to the beach. It was everything I could do to not scream it to my mom when she hugged me. I constantly had this dialogue happening in my head. “Am I really? I HAVE to be. I’ve NEVER been this late.” It was almost like torture. I just needed to know.

The night before I had packed it. Just in case.

In March 2015 during worship, without knowing any of my story, a lady came up to me and placed her hand on my belly and began praying healing for me. I knew something happened. Something shifted in both my body and heart. The very next day I went to CVS and after years had passed, I bought another pregnancy test in faith. This would be the test. I would finally see those two lines. It stayed under my sink, but every time I reached to grab something under there I saw it and my hope would rise. 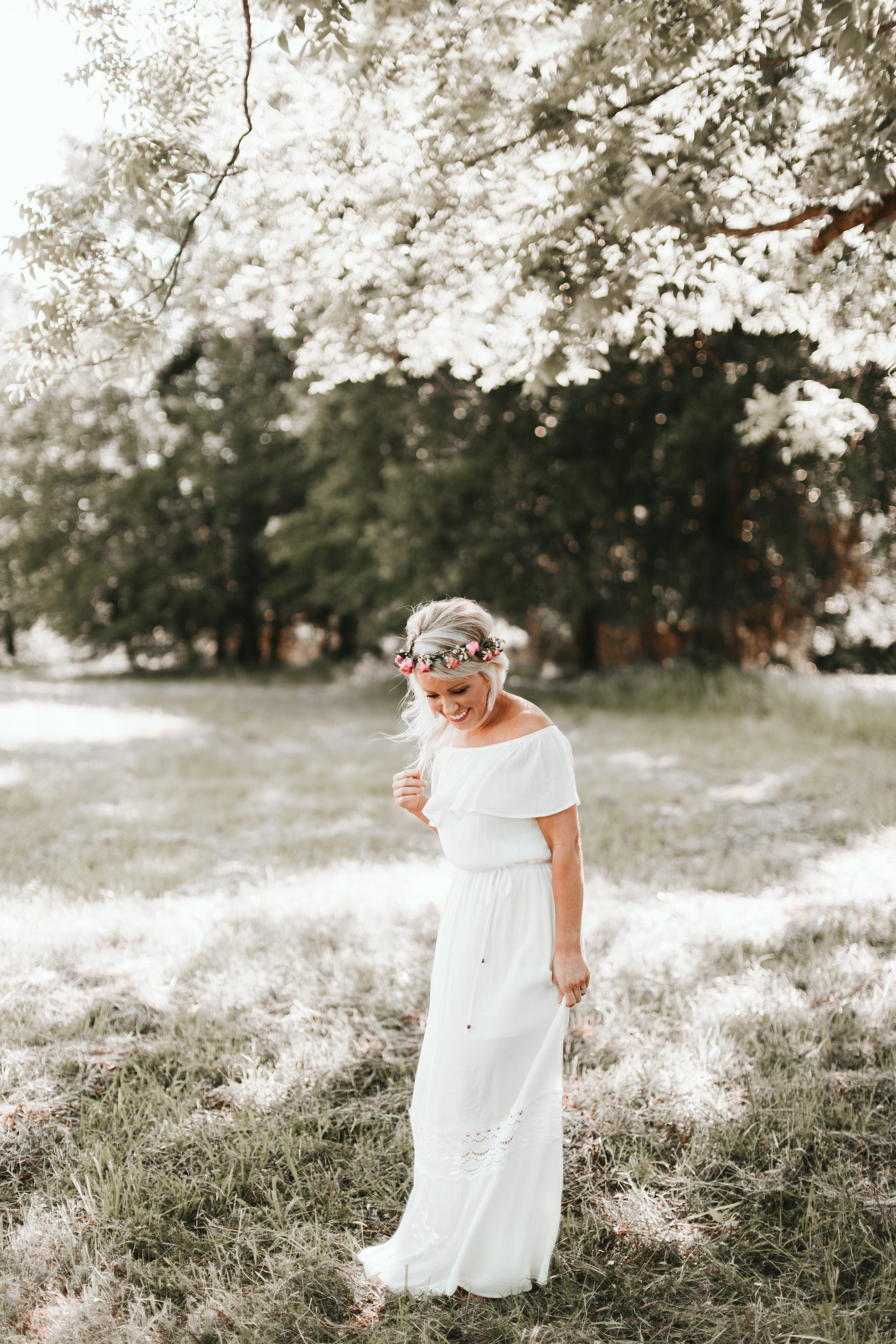 So much has shifted in me over the years. I’ve believed the lie that was taught to me for so long, that God was the author of this pain. He wanted me to be infertile so that I could use this story, this suffering, for His glory. But He’s taught me that He isn’t that way at all. In fact, He is more kind than we could ever know. He is good. He’s truly good. Brandon would never break Selah’s arm and then expect her to thank him after he took her to the hospital to get it fixed. What kind of Father would do that to His children? Not a good one.

Brandon and I got the kids to sleep, left the monitors with my mom, and drove to WalMart to get junk food for the week. (Is it just me or do you eat junk at the beach too?) I bought another test just in case, because I knew that if it was positive, I would need to take several. I remember us driving over the bridge back to the island, the windows were down and I could almost hear my heart beating out of my chest. What if this was the moment, the break of dawn after a really long night of the soul?

We put our groceries away as fast as possible. And sat on the end of our bed in that tiny little room at the beach. He held my hand and I laid my head on his shoulder as he prayed, “Father, whatever this test tells us, we know you are good. You’re always good. Thank you for this miracle You’ve already given us in faith. Even if the test is negative tonight, it doesn’t change your promise. Or your goodness. You have all of us.” 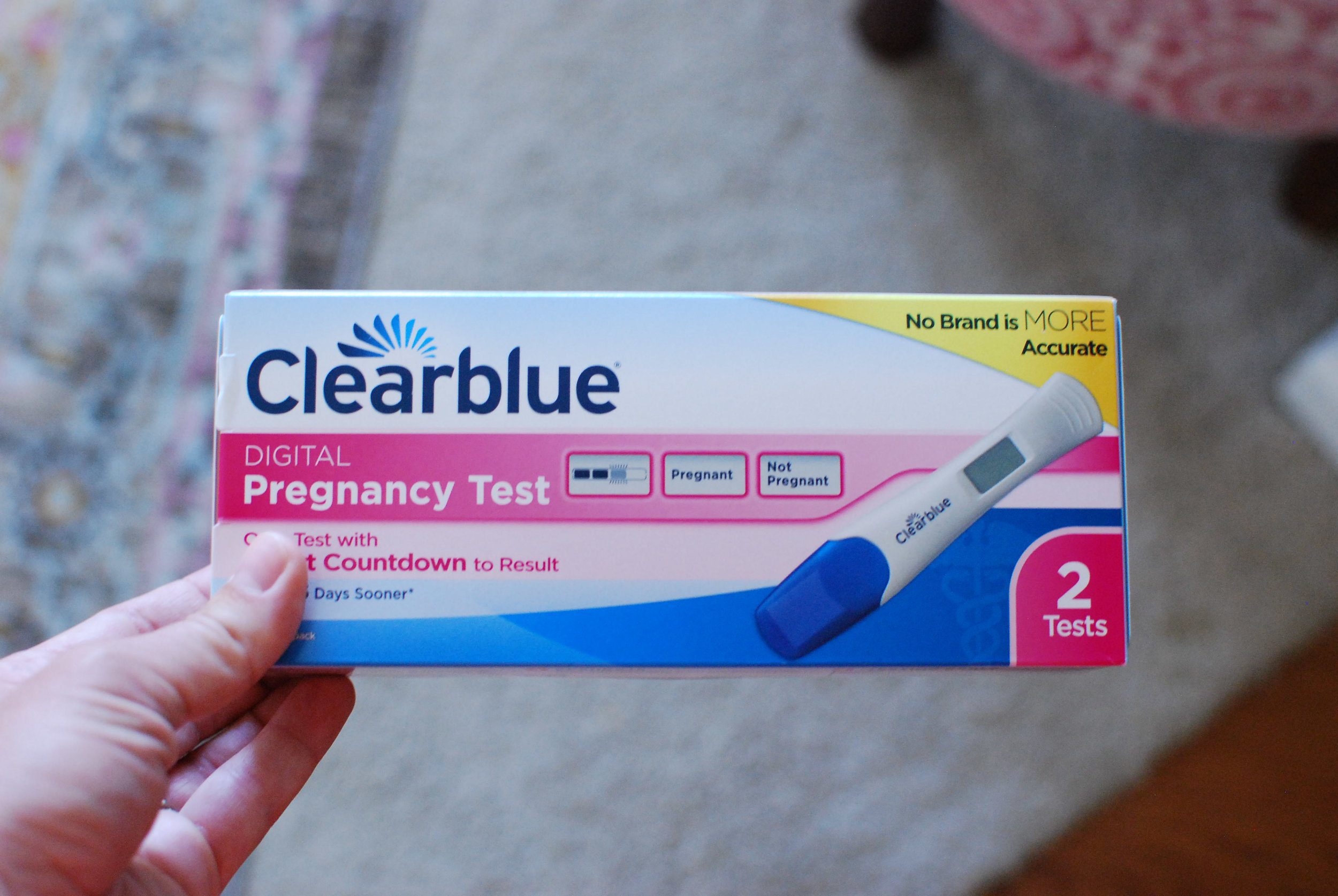 I had forgotten how to take a pregnancy test it had been so many years since the last time we took one. We were studying the directions and my hands were all clammy and my knees were weak. He set the timer on his phone.

And it was the longest two minutes of our lives.

The timer beeped and he stopped it quickly because the babies were asleep in the very next room. We looked at it together…

He reached over to catch me thinking I would fall apart. But I didn’t. My heart just sank to the bottom of the floor. And he said the same things he had prayed, “He is so good, babe. This baby is coming. Just not this month. He’s really kind. Nothing changes that.”

He jumped in the shower with a much more broken heart than he let on. And I walked in our tiny beach bedroom. “Why, Papa? That was the special test. Remember? You had me buy that one in faith. It was supposed to be this time.”

The night before we left for the beach I had a dream. I was walking in the mall and the Holy Spirit was highlighting different people and giving me words of knowledge for them. (Something I’ve been praying to grow in.) In the dream I asked Him to open my eyes to see what it was He was trying to show me. He brought me to a desk. And on the front of the desk it was if code started running. Numbers and letters were flying by quickly in some sort of sequence. And then they stopped, G 72. And I woke up. I have a notebook on the side of my bed to jot down quickly my dreams. He speaks to me often in them.

I had prayed all day on the way to the beach what G 72 meant. I even texted some friends asking them to help me pray that the Holy Spirit would reveal it to me it’s meaning.

Standing, broken hearted, in the middle of that tiny beach bedroom, He reminded me of the dream. I immediately got my phone out and googled “G 72.”

“G 72 is an orange, round pill. A narcotic used for pain in labor.”

I fell to the ground and let out the flood gate of tears I was holding back. And He downloaded revelation from heaven. I wasn’t pregnant. But in the spirit, I have been birthing this promise for a really long time. Something shifted that night and I can’t really explain what it was. I had lots of questions for Him, like why He let me take that special test when it would be negative. Or why He let me be six days late when He knew all of my hope and faith would summit.

But the more time I spent in His presence on the floor in that tiny beach bedroom the more I began to understand just how incredibly kind He is. He knew how bad this waiting hurts. He knew how deeply this pain would burn that night, so in my dreams the night before He gave me a pain pill. Something to dull the throbbing ache, until the promise is fulfilled.

The previous week before our trip I had written this post. I had scheduled it to post the Monday while we were at the beach. Which was also the very next morning after this painful night. I knew very strongly in my spirit, He wanted me to write that post. But He wanted me to write it, for me to read.

Years ago, a blow like this one, would’ve destroyed me for several weeks. My heart would have gone on lockdown and I would’ve emotionally stayed hidden for as along as possible. He’s done several heart surgeries since then. And although it hurt and was incredibly painful, all I saw that night was His kindness.

God gave me a pain pill. 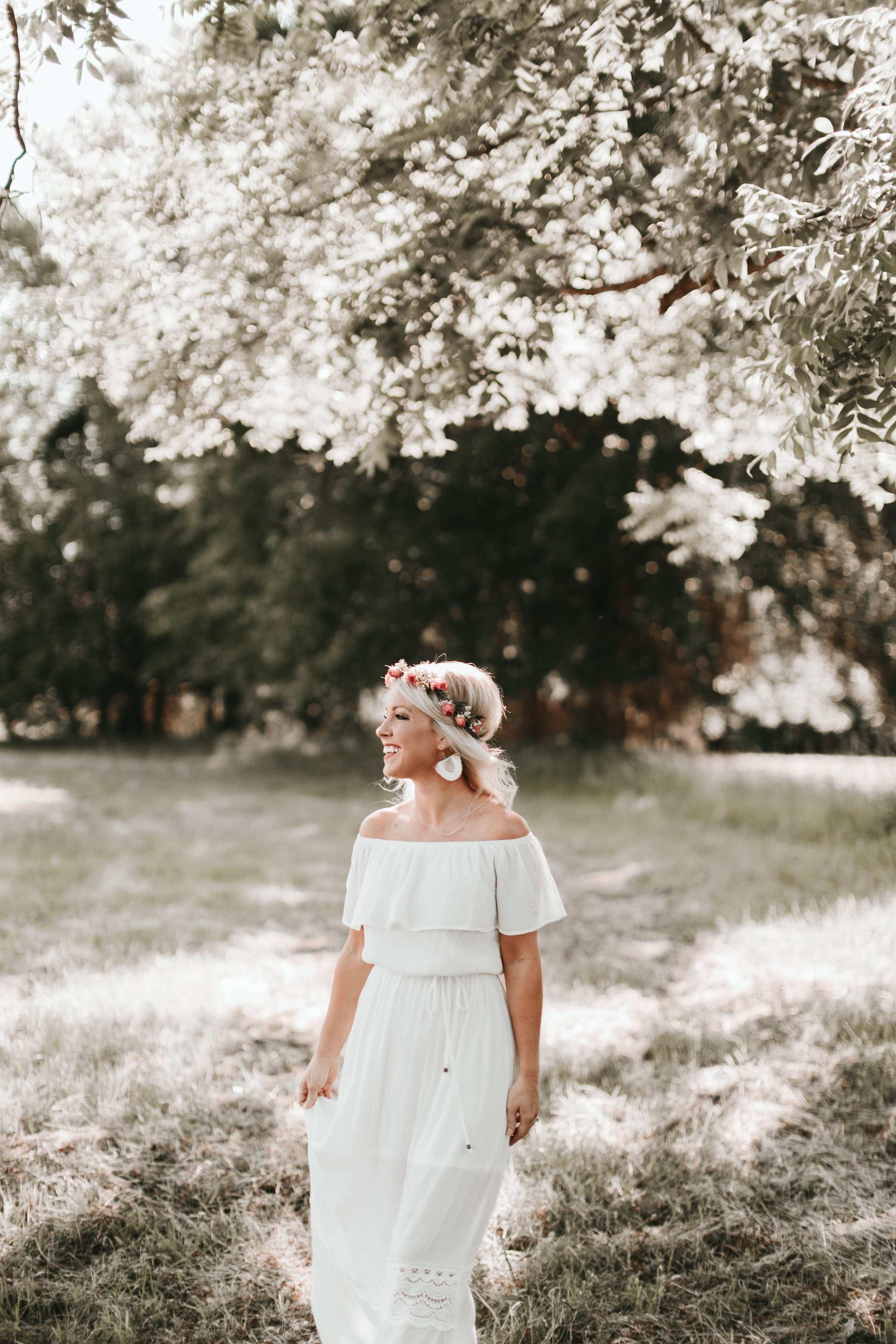 And I’m learning that in His kingdom, things are both. We are weak and strong. Poor and rich. Heartbroken and whole. In the desert and the garden.

Precious One, our labor has an end. He’s rewriting and rebuilding and redeeming even now. The promise will be fulfilled. The breakthrough will come. But until then, I’m praying, that whatever you are birthing, whatever labor your find yourself in, He is giving you a G 72 dose, in the waiting.

Because He is that kind.

“Who is that coming up from the wilderness,
leaning on her beloved?” 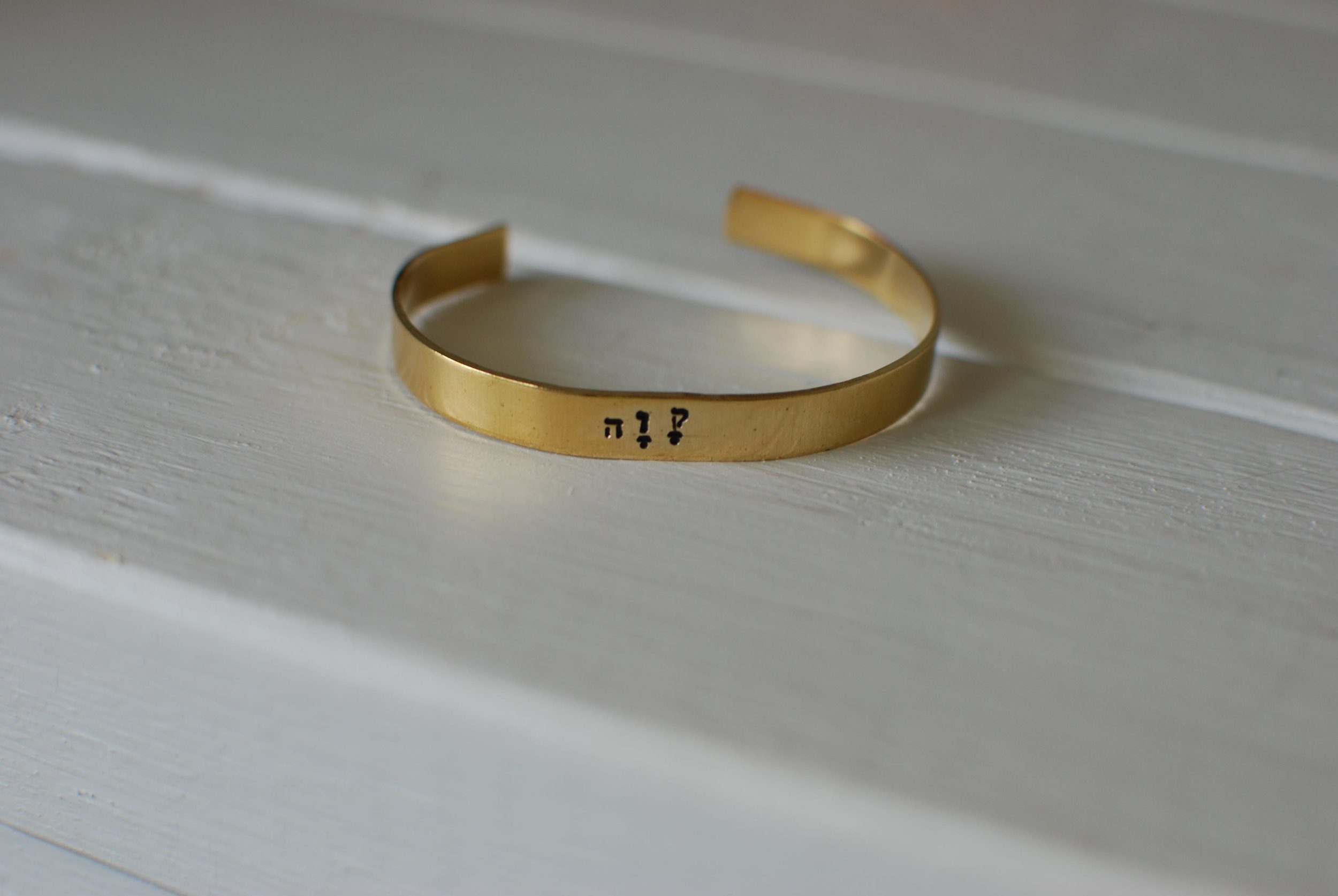 I stamped this bracelet and added it to my shop. It’s the Hebrew word “Qavah.” It means to wait, to bind together. Expect. Gather. Isn’t that what He’s doing in this season? You can get yours here.